Super-storm Sandy has devastated parts of the US east coast, leading President Barack Obama to declare a "major disaster" in New York state.

New York, the country's most populous city, is among the worst-hit, with floodwaters swamping the subway system, flooding low-lying streets and wiping out power. Explore the map of New York below to see some of the worst of the damage.

Power cuts cause blackouts across city

Much of Manhattan was plunged into darkness overnight following power cuts caused by the super-storm. The Empire State Building in Midtown Manhattan was one of the few to remain lit up.

Fire fighters attended an apartment building where the storm ripped off the front wall. Part of the facade of a four-storey building in the West Village collapsed, leaving rooms exposed. No-one was injured. 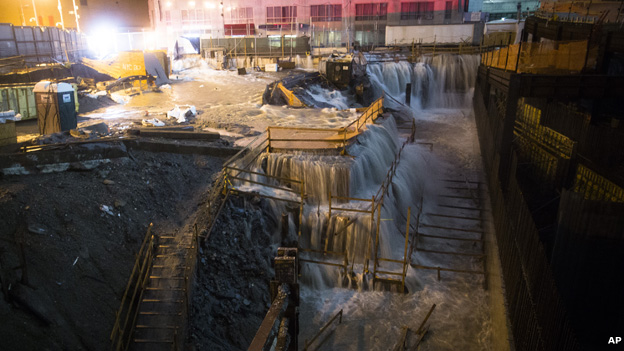 Neighbourhoods along the East and Hudson rivers in Manhattan were underwater. Low-lying streets in Battery Park and the construction site at Ground Zero, where the World Trade Center once stood, were particularly badly hit. 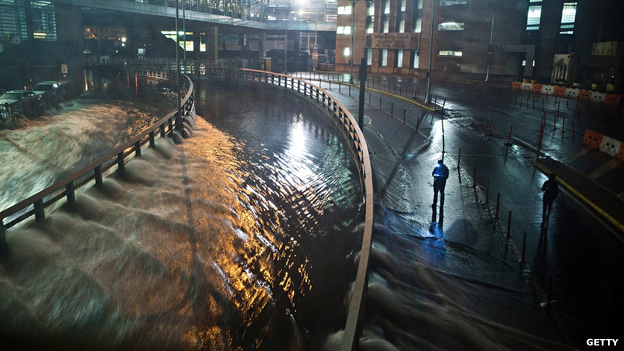 Battery Tunnel, which links Manhattan with Long Island, was inundated. 'Lower Manhattan is being covered by seawater,' Howard Glaser, director for the New York state government, told the BBC. 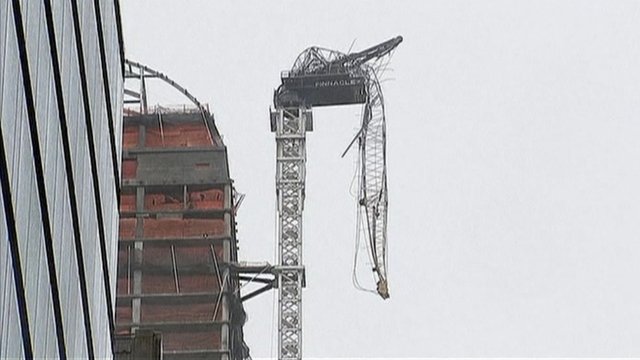 As strong winds from Sandy hit New York, a damaged crane was filmed dangling dangerously above the streets of the city, not far from Central Park. 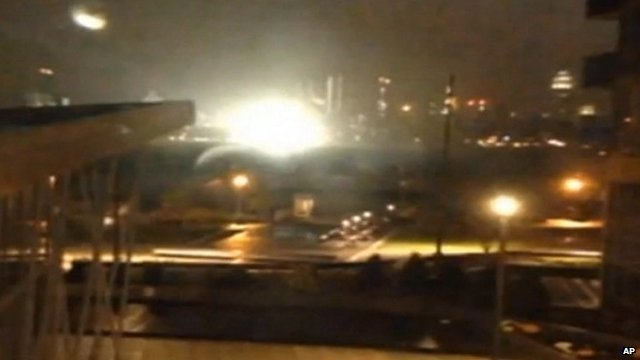 The city's Consolidated Edison utility provider said an explosion at a sub-station, probably caused by flooding or flying debris, blacked out much of Lower Manhattan. The company said about 500,000 homes in Manhattan were without power.

Tree crashed to ground in storm

An uprooted tree blocked 7th Street near Avenue D in the East Village as a result of high winds from Sandy. Many of the deaths as a result of the storm were caused by falling trees. 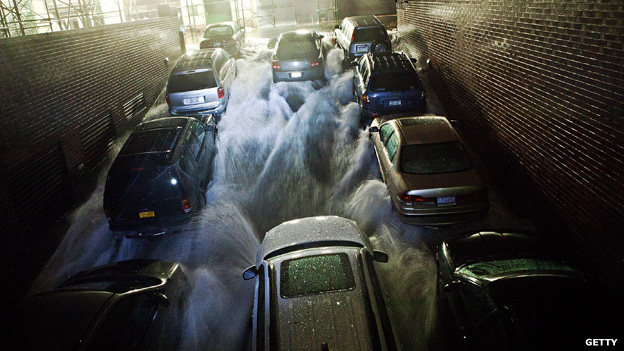 The most vulnerable areas are marked in blue on the map below. Most of the flooding from super-storm Sandy appears to be in these locations.

Areas of New York City most vulnerable to flooding

See a selection of views below of parts of Manhattan and New York before and after the storm.