Wexit: Why some Albertans want to separate from Canada

As talk about climate change in Canada heats up and construction on pipelines grows cold, frustrated Albertans have breathed new life into old regional grudges and the western separatist movement.

With plenty of cattle, oil and conservatives, Alberta has sometimes been called the "the Texas of Canada".

That nickname has a pejorative ring, but it hints at the deep cultural divide between the prairie province and its neighbours.

The term "western alienation" is often used to describe the feeling amongst those in Canada's western provinces - Alberta, Saskatchewan and Manitoba and British Columbia - that the rest of the country looks down on them, ignores them and does not have their best interest in mind.

But Barry Cooper, a fourth-generation Albertan who shares those feelings, says "alienation" has nothing to do with it.

"Albertans and Saskatchewanians are pissed off because they haven't found a voice in Ottawa [Canada's capital]," he says.

A political scientist, Mr Cooper is linked to the "Calgary school", a group of academics at the University of Calgary whose work focused on western interests, and in some cases conservative politics.

Mr Cooper is adamant that the divide between the Canadian prairies and the political hubs of Ottawa and Montreal is as much cultural as geographical.

"It's a failure of trying to understand the other - we don't share the same myths about what the country looks like, and we never have," he says.

Mr Cooper says the province was founded by pioneers in the latter-half of the 19th Century looking for a better economic life, while in Ontario and Quebec, the political and economic elite were busy building a nation.

Canada achieved confederation, with the provinces of Ontario, Quebec, Nova Scotia and New Brunswick, in 1867.

"It's much more like a frontier," he tells the BBC. "The people who lived here in the early days, they had expectations of self-government that basically all frontier communities have."

With 34 seats, Alberta takes up only about 10% of Canada's parliament, the House of Commons. But economically, the oil-producing province contributes 17% to the country's GDP.

Then there are the equalisation payments, the money that "have not" provinces receive from the federal government. Alberta contributes billions a year to the federal tax pool because of its strong economy, but has not received a payment since 1965.

That remained true even when Alberta was hit with its worst financial crisis in decades.

Between 2014-16, an overabundance of supply caused the worldwide price of oil to plummet, which led to the loss of more than 100,000 jobs in the province and a full-on recession.

GDP growth in Alberta vs Canada

Since then, the economic recovery has been fragile, especially as several pipeline projects hang in limbo.

That has left many Albertans feeling anxious and ignored, says Peter Downing, a right-wing political muckraker.

"We've always been okay to help other parts of the country when they've been in need," he says.

"But when we've been in need, we've been nothing but kicked all the way around."

Mr Downing is hoping to spin this feeling of economic betrayal into a viable political movement, with the creation of Wexit Alberta.

The group is campaigning for the western province to separate from Canada and form its own nation (possibly alongside another western province). It's an old idea that has gained momentum as relations between Alberta and the rest of the country have deteriorated.

Separatist candidates have run in Albertan elections since the 1930s, but have never won power, unlike separatist politicians in Quebec.

In the 2019 provincial election, the Alberta Independence Party received about 13,400 votes, or less than 1% of the popular vote. While those results may not signify an impending political reckoning, there are signs it is growing, according to a recent Environics Institute survey.

In Alberta, 56% of respondents agreed with the statement, "Western Canada gets so few benefits from being part of Canada that they might as well go it on their own," up 28 points from 2010.

Although separatists can be from any end of the political spectrum, in libertarian Alberta, they tend to be on the right.

This partly stems from the movement's revival in the 1980s, when Liberal Prime Minister Pierre Trudeau implemented the deeply unpopular National Energy Programme, which centralised control of Albertan oil with the federal government. 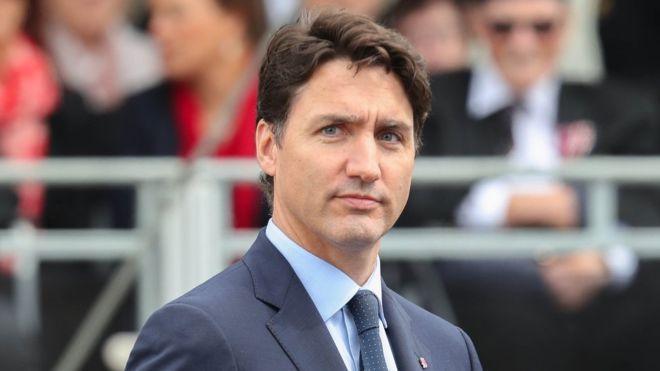 Now, this antipathy has shifted towards his son, current PM Justin Trudeau, who is up for re-election on 21 October.

The Conservative Party, led by Andrew Scheer, is expected to sweep the province.

Climate change is one of the top concerns across the country this election, and Mr Trudeau - who once said he'd like to "phase out" Alberta's oil sands - has promised to bring Canada to zero emissions by 2050.

And that has put a bullseye on Alberta's oil sands, which contribute about 11% of Canada's total greenhouse-gas emissions.

Two provinces - British Columbia and Quebec - have already gone to court to stop industry from building pipelines through their territory.

In the mouths of climate activists, the oil sands sound like a "dirty word", says Martha Hall Findlay, CEO of the Canada West Foundation, a non-partisan think tank.

But in Alberta, she says, they are the lifeline of the economy, and responsible for much of the country's prosperity as a whole.

"It's not as though people here are less passionate about climate change, but there's so much misinformation about the energy industry that it's become really polarised," she says. 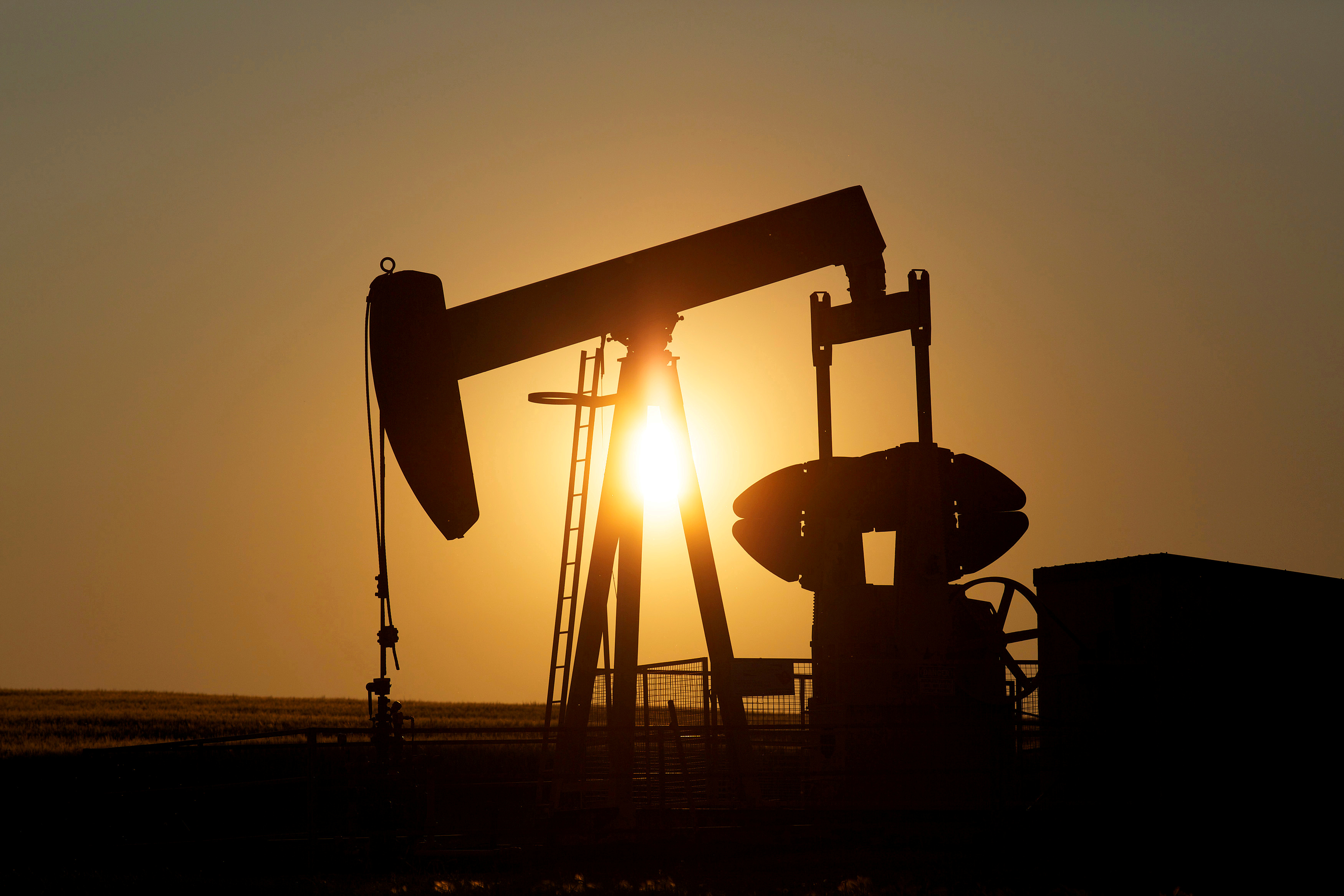 These legal battles with other provinces have caused significant project delays, which helped deflate the price of oil just as it was recovering from its slump in late 2018.

"The recovery, while it was robust in 2017, simply stalled completely in 2018 and we've kind of been flat for the last year and a half," he said.

Many Albertans blame Mr Trudeau's policies for this turn of events, and Mr Cooper, the Albertan political scientist who is also a separatist, says he is certain that if Mr Trudeau is re-elected, Albertan separation will soon follow.

"I think it's inevitable," he says.

These feelings have gone so far mainstream that Conservative Premier Jason Kenney even admitted to sympathising with separatists, although he said he'd "rather focus on separating him from the Prime Minister's office".

But Mr Trudeau has also angered climate activists when he bought the Trans Mountain Pipeline in 2018 to the tune of C$4.5bn ($3.4bn, £2.7bn). The project had been indefinitely suspended by Kinder Morgan due to legal battles, and Mr Trudeau said buying it was the only way to ensure it would be built, and that Alberta and Canada's economy would stay on track.

While that may seem like a win for Alberta, Ms Findlay says it is a symbol of the current government's failure to protect Alberta's interests.

"No one wanted the federal government to buy a pipeline," she says.

"We would much rather have an environment where the private sector could actually get a project like that built."

How a stolen safe changed a burglar's life

'My husband and I have 90 minutes alone together a week'

In pictures: The battle of the oranges

The conflict that brought Canada's rails to a halt

How a virus reveals the many ways China is feared

BBC Culture: The most terrifying images in history?