Puerto Rico has been hit by a 6.4-magnitude earthquake, resulting in at least one death and causing island-wide power cuts, officials say.

This most recent quake, which began early on Tuesday morning, was the strongest in a series of quakes that have damaged Puerto Rico this week.

Authorities say the island's power plants suffered some damage and power was shut off as a protective measure.

Governor Wanda Vazquez has declared a state of emergency.

The US Federal Emergency Management Agency is considering the governor's request for a federal emergency declaration. President Donald Trump has also been briefed on the earthquakes.

Governor Vazquez said during a press conference on Tuesday that Puerto Rico had not seen this kind of emergency situation "in 102 years".

Declaring a state of emergency activates the island's National Guard to help with recovery efforts.

The initial earthquake struck at 04:24 local time, just south of the Caribbean island at a depth of 6 miles (10km), according to the US Geological Survey (USGS). It was followed hours later by a 6.0 aftershock.

Strong shaking was reported, causing damage to buildings and homes.

A 73-year-old man in the southern city of Ponce was the only confirmed death.

Mayor Mayita Melendez said the man died when a wall fell on him in his home, Puerto Rican newspaper El Nuevo Dia reported.

On Monday, Puerto Rico was hit by a 5.8-magnitude quake that destroyed a popular tourist rock formation, damaged homes and caused power cuts. 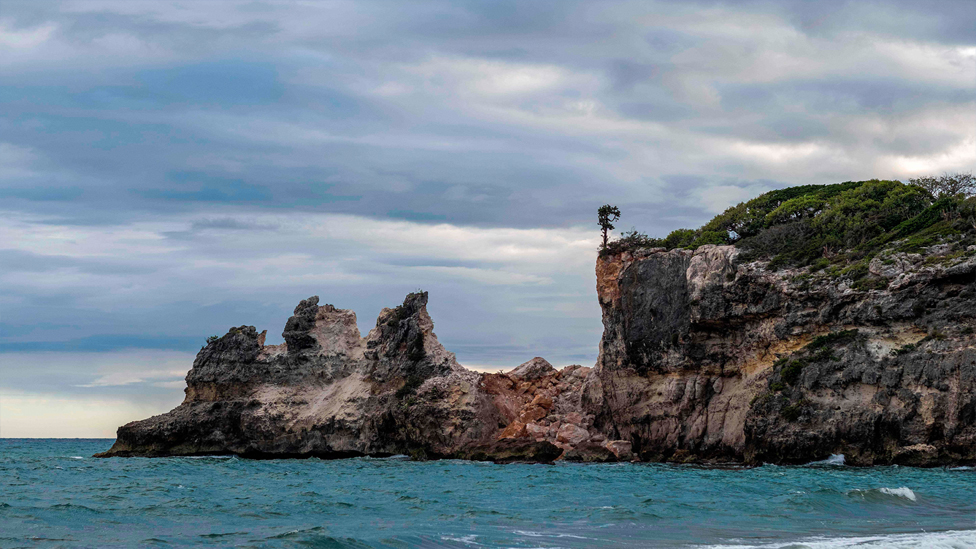 In addition to damages to homes, buildings and roads, the island has been without power since the second earthquake, local media report.

Automatic protection systems caused all power plants to shut down, but the Puerto Rico Electric Power Authority expects most power to return later on Tuesday.

Governor Vasquez has closed non-essential public offices for the day and a number of schools have cancelled classes.

The USGS reported that these quakes were part of an ongoing series that began on 28 December and have caused hundreds of small quakes in the region.

Puerto Rico, a US territory of about 3.2 million people, is situated between the North America and Caribbean tectonic plates, making it vulnerable to earthquakes.

The island is still recovering from Hurricane Maria, a Category 5 storm that devastated parts of the Caribbean in September 2017. In Puerto Rico alone, the hurricane is estimated to have killed 2,975 people and caused $100bn (£75bn) of damage.