Chelsea defender Ashley Cole, 31, could land a big-money move to Barcelona in the summer.

Liverpool and Newcastle are weighing up summer moves for Barcelona's Seydou Keita, 32, with the Catalan giants ready to listen to offers for the Mali midfielder.

Russian side Anzhi Makhachkala will pay £9m up front for Blackburn defender Chris Samba, 27, with potentially another £2m in add-ons.

West Brom may return for Sunderland midfielder Craig Gardner in the summer after failing with a bid to take the 25-year-old ex-Birmingham player back to the Midlands on loan last month.

Fulham target Dieumerci Mbokani is wanted by Genoa. The Cottagers tried to sign the 26-year-old Anderlecht striker in January but the Belgian club rejected their bid.

Chelsea manager Andre Villas-Boas is eyeing a switch to Inter Milan where manager Claudio Ranieri is under pressure.

Full story: The Times (subscription only)

Sunderland manager Martin O'Neill believes 23-year-old midfielder Lee Cattermole should have been named in Stuart Pearce's England squad for next week's friendly against the Netherlands.

Norwich manager Paul Lambert has told goalkeeper John Ruddy, 25, he can make the England squad if he maintains his form.

Steven Gerrard is desperate for Wembley glory after saying he felt "suicidal" following Liverpool's last League Cup final - a 3-2 defeat by Chelsea in 2005. 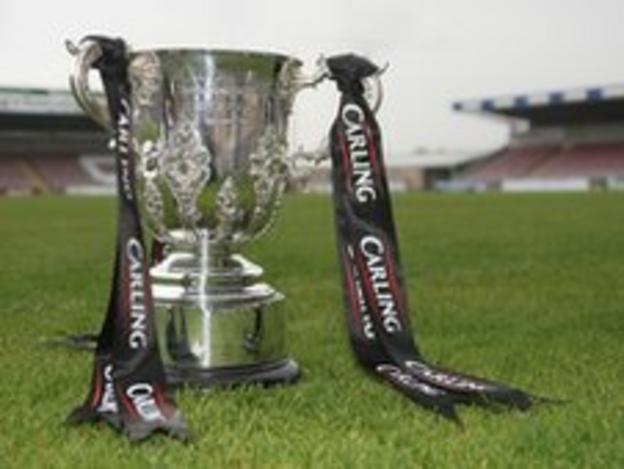 Gerrard will join Tommy Smith as the only Liverpool-born player to lead the Reds out in a major Wembley final.

Cardiff manager Malky Mackay says a two-and-a-half-hour talk from Dalglish on a Uefa Pro-Licence course helped set him up as a boss.

David Silva says winning the Premier League with Manchester City would bring him as much joy as Spain's 2010 World Cup win.