Juventus are thought to have set aside £30m for a big summer signing, with Arsenal striker Robin van Persie, 28, and Liverpool forward Luis Suarez, 25, rumoured to be on their wanted list.

Dimitar Berbatov has told manager Sir Alex Ferguson he is unhappy with his role as a squad player at Manchester United.

Fulham have opened talks with playmaker Moussa Dembele, 24, in attempt to prevent interest from Tottenham, Liverpool and Arsenal.

Newcastle midfielder Danny Guthrie, 24, has revealed that talks over a new deal will be left until the summer, although it is believed Aston Villa are keen to sign him.

Bolton must wait for Fifa to sanction a deal for Scotland Under-21 left-winger Gregg Wylde, who had his contract cancelled at Rangers following the Glasgow club's financial problems. 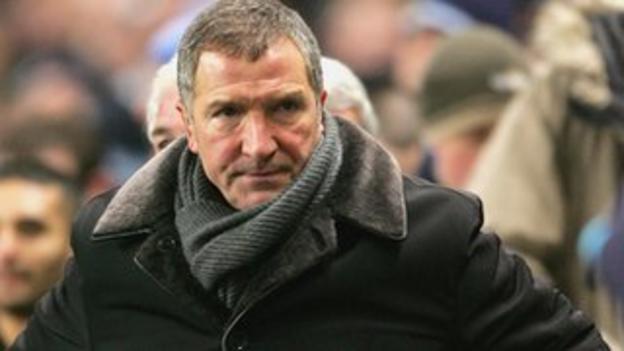 Meanwhile former Gers manager Graeme Souness could make a surprise return to Ibrox in either a coaching or boardroom role if his friend Brian Kennedy is able to buy the club.

Veteran Chelsea striker Didier Drogba, 34, has revealed his desire to stay at Stamford Bridge "for as long as possible".

Barcelona captain Carles Puyol has described news Eric Abidal is to have a liver transplant, a year after he had a tumour removed from the same organ, as a "rude awakening" for the squad, but insists the Frenchman will return from his latest setback.

West Brom boss Roy Hodgson has warned the club that big signings are needed and that "you cannot live on bargains alone".

Swansea manager Brendan Rodgers says there will be no complacency this season, despite the club's apparent safety in 11th place in the current Premier League table. "Nobody will be easing off because they think the job is done - not while I'm at this club," he says.

Former Wolves boss Mick McCarthy has returned to the club's training ground following a short break in America and was invited to lunch by his replacement Terry Connor.

Chelsea coach Eddie Newton believes the Champions League victory over Napoli will restore pride in the club and silence critics.

But the Blues could be facing a congested Easter fixture list if they draw with Leicester in the FA Cup this weekend, with a possible four matches within seven or eight days.

Carlos Cuellar has dedicated his Aston Villa comeback to his Twitter followers.

Tomas Rosicky has revealed he turned down big-money offers from Russia and China to sign a new deal with Arsenal.

Wales striker Craig Bellamy has received a letter asking for his availability for the Team GB football team for London 2012. Fellow Liverpool player Raheem Sterling has also been sent the same letter even though he has not yet made his first-team debut for the Anfield outfit.

QPR midfielder Joey Barton has again taken to Twitter to rebuke squatters who have allegedly entered the house he is currently having renovated.

Hollywood star Danny DeVito was part of a group of Napoli VIPs who were forced to wade through the Chelsea supporters outside Stamford Bridge after their coach was stopped from entering the ground by police. The actor was a guest of the Italian club's president Aurelio De Laurentiis.