Argentina striker Lionel Messi has ruled out ever moving to the Premier League by revealing he wants to stay with Barcelona for the rest of his career.

Manchester United are ready to pay £25m for Brazilian striker Leandro Damiao. The 22-year-old has been the subject of interest from Tottenham.

Italian legend Alessandro del Piero looks set to leave Juventus when his contract expires this summer, with Arsenal and QPR reportedly interested. The 37-year-old has spent 20 years at Juve scoring more than 200 goals in 700 appearances.

Arsenal have added Birmingham's 19-year-old goalkeeper Jack Butland to their wanted list. Butland is currently on loan at League Two side Cheltenham. 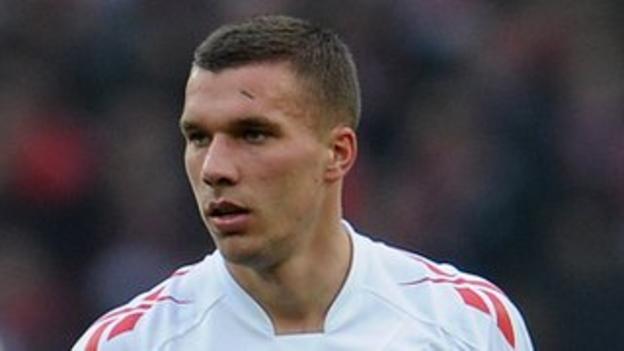 Germany striker Lukas Podolski has given a further indication that he is far from certain to sign for Arsenal in the summer. The 26-year-old Cologne forward has hinted he would be interested in a move to Lazio.

Celtic are prepared to play in League One, with the radical plan set to be put to Football League clubs this summer.

Arsenal or Tottenham face missing out on the Champions League if Chelsea win it this season while finishing outside the top four - because Uefa have ruled only four English teams will play in the tournament next season.

There are rumours of negativity engulfing Tottenham and their players, according to former goalkeeper Ian Walker.

Louis van Gaal has emerged as a leading contender to take over as Chelsea manager.

Frank Lampard says that former manager Andre Villas-Boas lost sight of the present while trying to move older players out.

Manchester United keeper David de Gea has said manager Sir Alex Ferguson has told the players they must win their 10 remaining games this season if they want to win the Premier League title.

Manchester City captain Vincent Kompany has poked fun at his own appearance by describing his forehead as being "as big as the moon".