Meanwhile, the Blues have held talks to sign Porto's Brazilian striker Hulk, 25, for a reduced fee of 40m euros (£34m). 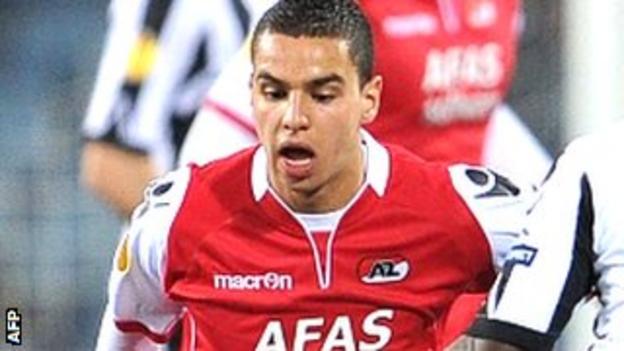 Dimitar Berbatov's agent says the Manchester United striker is embarrassed to be receiving a high salary while barely playing for the club and will accept his departure this summer with good grace.

Bosnia striker Edin Dzeko is considering quitting Manchester City in the summer. Dzeko has not requested a transfer but City officials are aware of his unhappiness over a lack of first-team opportunities. The 26-year-old could be set for a swap deal with Real Madrid striker Gonzalo Higuain, 24.

Reports in Italy are linking Liverpool and Arsenal with Udinese duo Mehdi Benatia, 24, and Mauricio Isla, 23, but they face competition from Napoli.

Arsenal are also believed to be chasing Montpellier and France striker Olivier Giroud, 25, who has also caught the eye of both Aston Villa and Newcastle United.

Blackburn striker Ruben Rochina is eyeing a summer move away from Ewood Park, if he continues to be left on the bench. The former Barcelona player has not started a Premier League game since New Year's Eve.

Sheffield Wednesday boss Dave Jones, who took Robbie Fowler to Cardiff in 2007, is set to offer the former Liverpool striker a deal at Hillsborough until the end of the season, after he failed to agree terms with Blackpool. 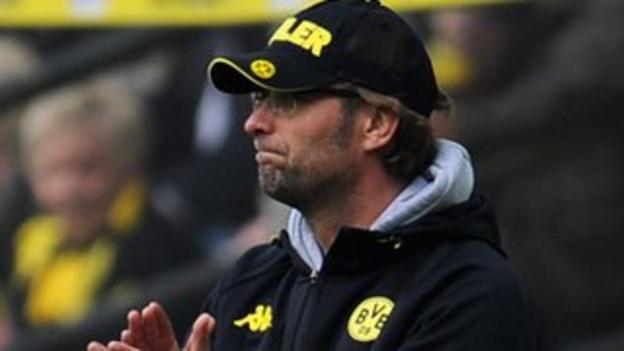 Chelsea owner Roman Abramovich has targeted Borussia Dortmund manager Jurgen Klopp as a possible replacement for Andre Villas-Boas, who was sacked earlier this month. The 44-year-old led the German side to their first Bundesliga title since 2002.

Bolton are not expected to withdraw from the FA Cup, although this weekend's Premier League game at home to Blackburn could be postponed after the collapse of Fabrice Muamba.

Redknapp will tell his Tottenham players at a meeting on Tuesday morning that they need to play against Stoke on Wednesday to help them get over the shock of the cardiac arrest suffered by Muamba.

Aston Villa centre-back Richard Dunne is turning to American football to help heal his broken collarbone - by spending time with the Cleveland Browns to continue his rehabilitation.

Interim Chelsea boss Roberto di Matteo admits he will be regarded as a failure if he side fail to finish in the top four this season.

Swansea chairman Huw Jenkins has warned the rest of the Premier League that his side can be even better next season.

Bob Pollock, the linesman who failed to notice that Clint Hill's header had crossed the line for QPR in the game against Bolton, has been removed from both the Premier League and Football League list for the weekend.

A Singapore couple are fast becoming an internet sensation after a video of their Liverpool FC-themed wedding went viral. The Reds-mad couple will be spending their honeymoon in Liverpool to see their team take on Fulham.

Barcelona forward Lionel Messi is not only the world's best player but also best paid. He is set to earn £27.4m in 2012 from wages, bonuses, sponsorship and endorsements.