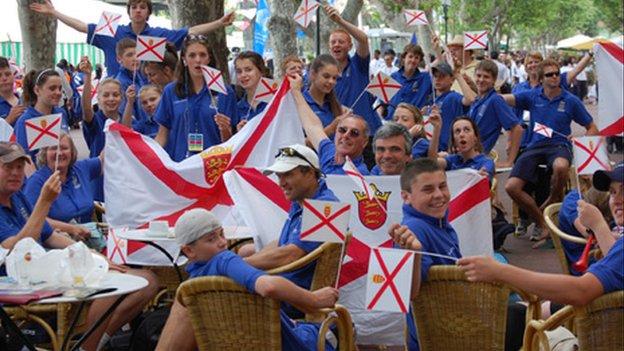 Jersey will send one of its youngest ever teams to this week's Jeux des Iles because of a clash with exams.

The Jersey squad of 30 athletes departs for Sardinia, Italy on Wednesday for the annual inter-island multi-sport youth games.

"Exams are very important to the students so we're sending a very young side," said team leader Hugh Raymond.

"The schools are very supportive and we have got one gentleman doing an exam in the morning and then flying out."

Representatives from islands including Corsica, Malta and Corfu will compete across sports such as judo, tennis and basketball.

Raymond sees the event as a stepping stone to going on to represent Jersey at senior international level.

"It's a learning curve because I think this competition sets people up for the Island Games and Commonwealth Games," he told BBC Radio Jersey.

"It's as high as 95% - the people that go to the Jeux des Iles then go on to take part at the Island Games."