For updated transfer news and gossip throughout the day, read our breaking news service Sportsday Live.

West Ham could offer Manchester United defender Rio Ferdinand, 33, a return to London when his contract at Old Trafford ends next summer.

West Ham are also interested in signing Lokomotiva striker Andrej Kramaric, 21, who has scored eight goals in just 12 league starts while on loan from fellow Croatian side Dinamo Zagreb.

Wealthy Russian club Anzhi Makhachkala are planning a big-money move for Manchester United's 27-year-old striker Wayne Rooney. Anzhi team director Roberto Carlos said: "Why not? He's one of the best players in the world and any team would be happy to have him in their squad."

Celtic midfielder Victor Wanyama has rejected the offer of a contract extension and that will encourage the likes of Chelsea and Manchester United to step in with a January offer for the Kenya international for whom £8m summer bid from QPR was rejected.

Arsenal majority shareholder Stan Kroenke jumped to the defence of his Arsenal regime following a stormy Annual General Meeting. He said: "I am ambitious for the club. We have an exciting future and our goal is to win trophies."

Blackburn assistant manager Eric Black says Harry Redknapp would be a "sensational" appointment at Ewood Park. The former Tottenham boss is rumoured to be interested in the role.

Manchester City are close to persuading former Barcelona director of football Txiki Begiristain to join the club, after the 48-year-old also attracted the interest of Liverpool, Tottenham and Chelsea.

Former Arsenal star Stewart Robson believes the Gunners' defensive problems could be down to a "rift" between manager Arsene Wenger and his assistant Steve Bould. 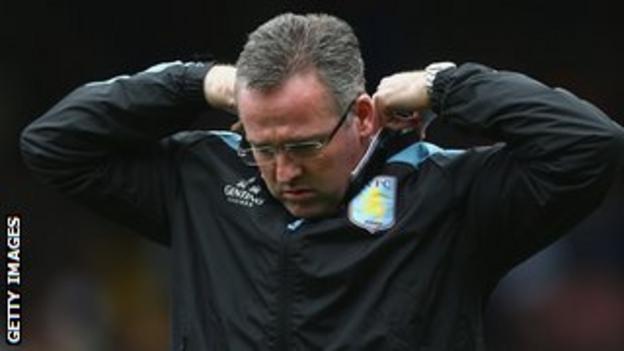 Ashley Cole is eager to defuse tensions with the Ferdinand family by shaking hands with Rio when Chelsea play Manchester United on Sunday.

Aston Villa boss Paul Lambert has revealed he felt "really uncomfortable" when the Villa fans chanted his name while he was still the manager of Norwich.

BBC football pundit and former England captain Alan Shearer is among the front-runners to become the new manager of Ipswich after being interviewed for the post on Thursday.

Rangers chief executive Charles Green has ditched plans to make a quick exit from Ibrox and vowed to stay at the Glasgow club until they have risen from Division Three to the Champions League.

Rangers are angry that the Scottish Football Association sent a £200,000 sell-on fee for former Ibrox midfielder Charlie Adam's move from Liverpool to Stoke City to the administrators of the old club instead of the new one.

Dundee United chairman Stephen Thompson says Rangers will almost certainly not be fast-tracked into the Scottish Premier League because there is no way 11 out of the 12 clubs will agree on a form of league reconstruction.

Dunfermline Athletic are facing turmoil after the resignation of seven directors, including club legend Jim Leishman, over attempts to buy the club from major shareholder Gavin Masterton, sparking fears among fans over the future of the club.

Scotland captain Gemma Fay, whose side missed out on the Euro 2013 finals after a last-second play-off defeat by Spain, says the Scottish Football Association needs to offer professional contracts if it wants their near all-amateur squad to continue to outperform professional squads at international level.

Australian football fans are being given the chance to see "what makes Emile Heskey so good" as Fox Sports launch Heskeycam.

Dumbarton have been inundated with application for their managerial vacancy, but chief executive Gilbert Lawrie says 75% of them come from computer football management game geeks.