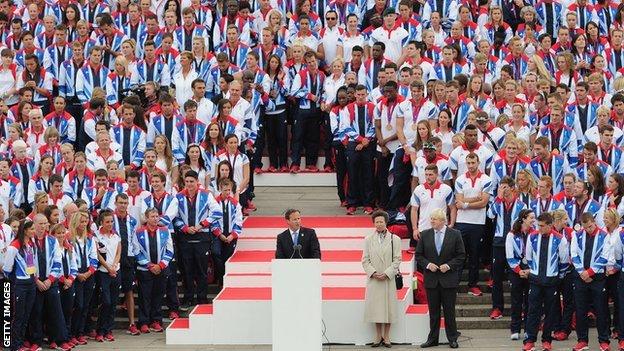 For a wet Tuesday in Leeds, it was amazing how many people seemed to be talking about Manchester as if it were a hot destination, beauty spot or capital of cool.

But then this was not a typical Yorkshire crowd. They were the coaches, performance directors and sports scientists whose job it is to keep Team GB in the slightly unlikely position of third in the Olympic medal table.

For them, "Manchester" is not just the rainy rival 45 miles down the motorway: it is a seat of learning, a shining city upon a hill, the home of British Cycling.

Life and times of Tanner

Did you know? Tanner scaled back his commitment to GB Rowing in the late-1980s having become headmaster at a large West London comprehensive.

Built for the city's fruitless Olympic bids in 1996 and 2000 - and used for 2002 Commonwealth Games - the National Cycling Centre has been the headquarters and training base of Britain's most successful Olympic and Paralympic sport for 18 years.

From the disappointment of those twin defeats in the International Olympic Committee's beauty contests, something special has emerged and now almost every other British sport - and overseas rival - wants a Manchester of their own.

British Rowing first announced its plan to move to a new centre in the Thames Valley in late 2001. Five years later, when Caversham's Redgrave Pinsent Rowing Lake and Sheriff Boathouse were officially opened, Britain's best rowers had already moved in.

Having won three medals at the 2000 Olympics and four in 2004, those rowers contributed six to Team GB's total in Beijing and a remarkable nine in London.

No wonder David Tanner, the man who has run British Rowing since 1996, is such a fan of centralised training bases.

"It's not just a building by a lake, it's what you do with it that's important," said Tanner, before explaining that what is really crucial is what and who you fill it with: the best athletes, coaches, equipment and support staff.

It was point picked up by British Cycling's performance director Dave Brailsford.

"The acid test for a centre is if the athlete feels he's missing out if he's not there," said Brailsford, speaking at the UK Sport World Class Performance Conference in Leeds. "Create that environment and they'll come, moving their families. There'll be no stopping them." 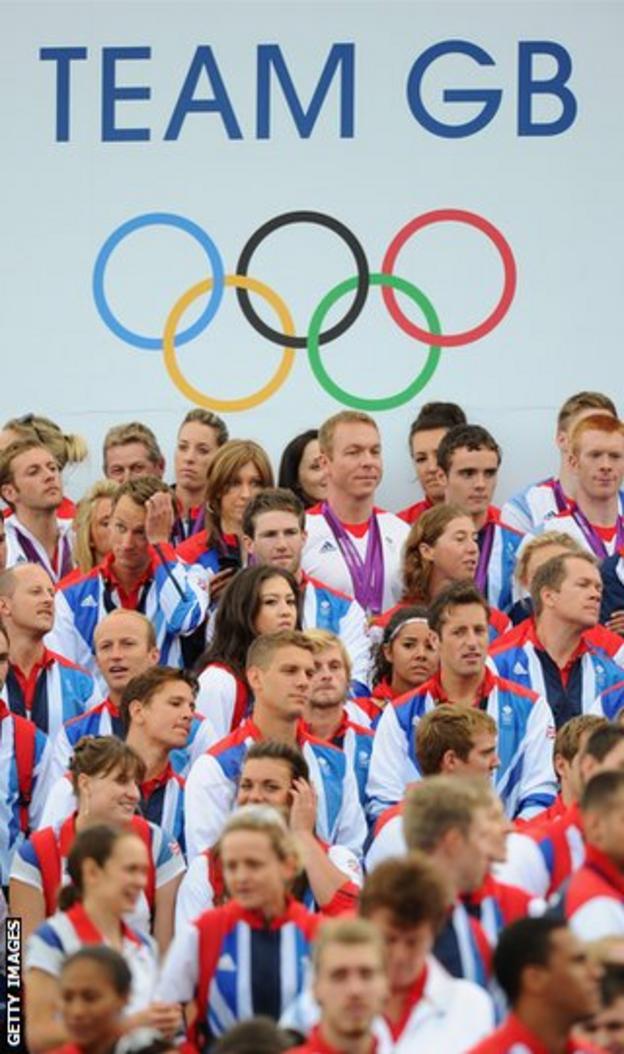 Dave and David were the biggest attractions on day two of the conference in Leeds, which is hardly surprising when you consider the fact their sports brought in 21 Olympic medals at London 2012.

The lasting impression was that it is hard to believe there is a single sporting institution in Britain that could not benefit from their wisdom.

A large chunk of that know-how has been accrued while working at their respective bases, which is why Team GB is currently going through one of its bouts of internal debate: national or local, big or small, collective or individual?

The models established at the National Cycling Centre in Manchester and rowing's Caversham HQ appear to work very well, but do they work for every sport?

Brailsford is convinced his athletes are better when they are under the same roof.

For him, it is the energy you create by putting a Sir Chris Hoy in the same gym, or on the same track, as Jason Kenny, a BMXer, or emerging talent from the academy. Athletes are competitive beasts, or they certainly should be.

Brailsford also believes the "centre of excellence" ethos goes beyond the riders. Everybody in the team should feel it, from those who clean the bikes to those who design them.

But perhaps the most significant benefit of having a place you can all call "home" is the great ideas that arrive in the canteen. Or, as Brailsford put it, "a five-minute coffee is more powerful than an email".

Tanner has a version of this leadership technique. He calls it "managing by walking about".

Sounds simple, doesn't it? So simple, that athletics and swimming - are wondering why they do not try it a bit more.

UK Athletics' response, under a new head coach/performance director combination, has been to take a leaf out of cycling and rowing's coaching manual and centralise its operations on Loughborough.

This has provoked some debate, not least from the likes of heptathlete Jessica Ennis and her coach, Toni Minichiello, the Sheffield-based partnership that won gold in London. The phrase "if it ain't broke, don't fix it" would seem to apply here - but UKA cannot be faulted for at least exploring ways to improve results across the board.

Did you know? Brailsford is a Welsh speaker, having been brought up in Deiniolen, near Caernarfon.

British Swimming is still dealing with the fall-out from badly missing its medal target in London. The head coach quietly returned to America in the immediate aftermath, but performance director Michael Scott quit last week when the independent review he called for asked him to move to the UK from Australia, where he has been based since taking the job in 2007.

Swimming started to centralise after the Beijing Olympics, which were a success. Five Intensive Training Centres were selected around the UK and the vast majority of the squad chose one of these bases for their London preparations.

One who did not was Rebecca Adlington, the winner of two thirds of swimming's medal tally.

Of course, the truth is there is no single strategy that will work for everybody. Triathlon's Brownlee brothers do pretty well from their family training base in Leeds, while sports such as judo have experimented with centralisation only to discover that they really need to go wherever they will get decent sparring, which is abroad.

But the centralised examples of cycling and rowing - and boxing, canoeing, taekwondo and a few more - are there for all to see: we are usually better together.