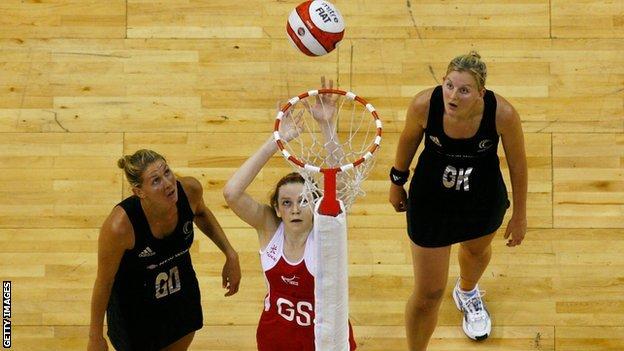 Cycling, triathlon and netball have been given increased grassroots funding, but tennis, cricket and rugby have seen their money cut.

Sport England has also given tennis, as well as swimming and basketball, just one-year guaranteed finance with the rest dependent on results.

Out of 46 sports, 32 have seen rises in funding, with 11 receiving less money and three getting the same amount.

Big winners were cycling, triathlon and netball, whose funds will increase by more than 30% after they impressed with future plans.

Richard Caborn, chairman of the Amateur Boxing Association of England, said: "Boxing is one of the few sports that has continually delivered increases in grassroots participation over the last four years and it is great to see that this achievement has been recognised in the new funding announcement."

But the Lawn Tennis Association's four-year plan for increasing the numbers of people playing the sport was described as "not strong enough" and £10.3m of its £17.4m total has been put on hold. In addition its overall funding is being cut by £7.1m compared to the last period.

"Their plan simply wasn't strong enough to justify the four-year investment. They have only a one-year award for participation and they have to improve their plan for growing participation."

The LTA said it was on the right track but admitted there was still work to be done.

Swimming and basketball will have funding withheld as well, while Sport England assesses whether new participation plans are working.

David Sparkes, chief executive of the Amateur Swimming Association, said: "While we are disappointed with the one-year investment for participation, we are encouraged by the confidence Sport England has shown in our plans to increase swimming participation levels over the next four years."

Sport England said officials from cricket, rugby union and rugby league were "comfortable" with their funding cuts. It said the reductions were largely due to the end of spending on "large capital projects" between 2009 and 2013.

RFL chief executive Nigel Wood said: "We will now be looking carefully at the award details of [our] new Whole Sport plan to see how we take our important community and talent development work forward with the support of Sport England, and naturally we are disappointed that rugby league has not been able to maintain the previous level of funding."

Overall, the bulk of the funding is aimed at 14-25 year-olds, with £83m to help talented athletes get access to better facilities and coaching.

Figures released earlier this month showed 15.5 million people aged 16 and over were playing sport at least once a week - 750,000 more than a year ago and 1.57 million more than when London won the Olympic and Paralympic bid in 2005.

"The conditions being attached to continued funding for swimming and tennis, plus the cuts to grants for cricket and both codes of rugby, are a reflection of the demand from government to get a return on its investments. Sports like cycling, triathlon and netball - who have strongly targeted participation with creative schemes - are seeing their efforts rewarded. It's a classic case of carrot and stick"

Sport England's chief executive, Jennie Price, said: "We've learned a lot over the last four years and, with a record 15.5 million people already playing sport once a week, we are on track to deliver. We have worked very hard with the governing bodies of sport to make these decisions."

In total 46 sports will receive investment through each sport's governing body following a "robust and challenging process" to assess the quality of their plans and their ability to deliver for community sport and talent development.

Each sport will be subject to "tough performance management" through a "payment for results" approach that will see Sport England rewarding success and penalising failure.

Sport England's funding is separate to that of UK Sport, which will announce how it will disperse its money for elite Olympic athletes on Tuesday.