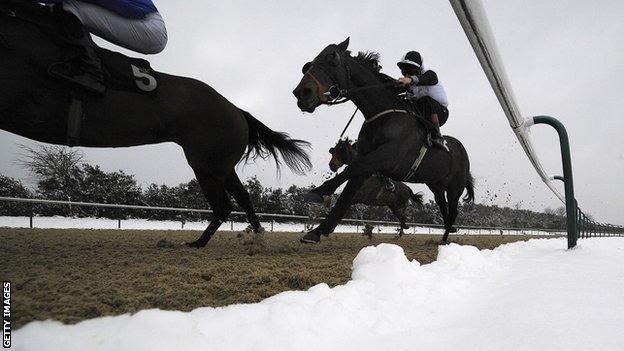 Racing's programme continues to be hit by the bad weather with Saturday's Doncaster meeting called off.

The card was due to feature the Skybet Chase and rearranged Stanjames.com Champion Hurdle Trial, which moved after Haydock was off a week earlier.

Uttoxeter on Saturday and Sunday's Sedgefield card have also been abandoned due to snow.

Cheltenham's planned Festival Trials Day on Saturday is likely to go ahead after passing an initial inpection on Friday.