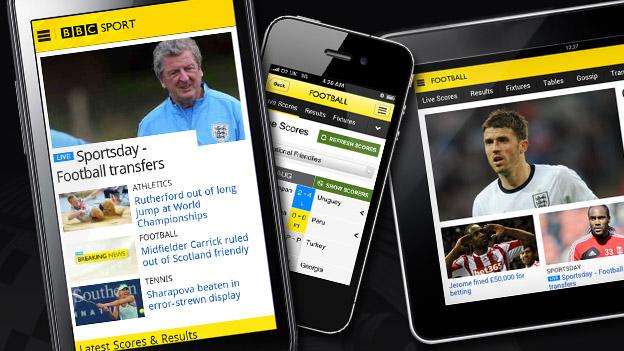 BBC Sport has released its mobile app for Kindle Fire and Kindle Fire HD devices outside the UK, bringing BBC Sport's native mobile app to even more sports fans around the world on-the-go.

The app is already freely available from Google Play for Android devices, the Apple App Store for iPhones, and now the Amazon Kindle Fire Appstore. This was previously launched in the UK earlier this month.

As Kindle Fire devices use a version of the Android operating system, the BBC has optimised its existing Android app to reach new audiences efficiently.

The launch coincides with a raft of updates to the app across all three supported platforms, making it even easier to follow BBC Sport's coverage based on your preferences. These new features build on the, news, live scores, stats, commentary and analysis that users can already enjoy wherever and whenever they want.

The app's customisable Quick Links menu, which currently allows iPhone users to add their favourite sports for instant access, is now available on all supported versions of the app. And with the start of the new football season drawing near, fans can now add football teams to their Quick Links for even quicker access to breaking news, gossip and other content from their favourite clubs.

Major sporting events have also been made more prominent in the app, as key events can now be editorially promoted in the Quick Links menu. The update also brings many newly refreshed sports indexes into the app, including athletics, boxing, cycling and snooker.

Key features of the app include: