Real Madrid are planning a summer move for Gareth Bale, 23, after director of football Zinedine Zidane watched the Tottenham winger play against Lyon in the Europa League on Thursday night.

Liverpool and West Ham are set to miss out on Dutch side Vitesse Arnhem's Ivory Coast striker Wilfried Bony, 24, who is likely to move to Italy.

Reading defender Adrian Mariappa, 26, believes he made the right decision by turning down the chance to join Wigan.

Roberto Mancini has criticised Samir Nasri's form and attitude this season and claims the 25-year-old Frenchman is playing at only 50% of his capabilities.

Mancini claims he would walk away from the club if they went three years without a trophy.

Liverpool forward Luis Suarez, 26, will have to wait until next week to discover whether he will face Uefa action for appearing to deliberately tread on Zenit St Petersburg defender Tomas Hubocan during Thursday's Europa League match at Anfield.

West Brom manager Steve Clarke will not stop striker Peter Odemwingie from Tweeting despite the 31-year-old's criticism of the club last month and the controversy surrounding his deadline-day dash to QPR.

Chelsea captain John Terry, 32, insists the Blues must improve their form significantly if they are to trouble Manchester City at Etihad Stadium on Sunday. 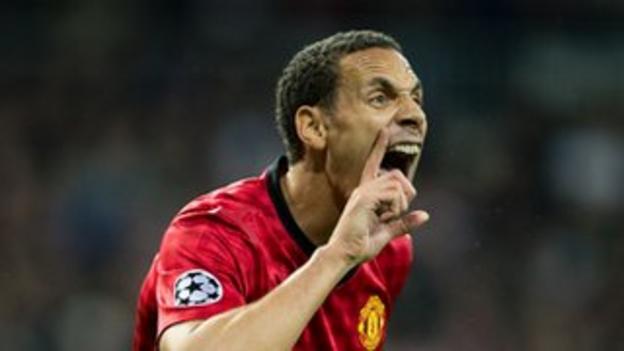 Manchester United will offer defender Rio Ferdinand, 34, a testimonial that could earn him up to £2m, even if he leaves Old Trafford this summer.

Former Crystal Palace striker Mark Bright has said Eagles winger Wilfried Zaha, 20, has the potential to be as good as Cristiano Ronaldo once he links up with Manchester United.

Tottenham striker Emmanuel Adebayor, 28, has blamed Togo's football federation for his late return from the Africa Cup of Nations.

Former Swindon boss Paolo Di Canio is considering going to Saturday's League One home match against Preston as a fan - to galvanise supporter backing for his return to the County Ground as manager.

Ruud Gullit has backed Jose Mourinho to make a dramatic return to Chelsea as manager next season.

Everton manager David Moyes says the form of striker Nikica Jelavic, 27, is crucial to their hopes of Champions League qualification.

Cristiano Ronaldo's house in Spain features a larger-than-life picture of the Real Madrid star naked on the wall. Visitors to the house can also admire his grand piano, aquarium and ceiling mirrors.

Bradford's outspoken team vicar Paul Deo hopes for a miracle when they face Swansea in Sunday's Capital One Cup final - but refuses to pray for a win.