Arsenal are prepared to break their transfer record to sign Fiorentina's £20m-rated Montenegro striker Stevan Jovetic, 23, in the summer.

Crystal Palace's 19-year-old midfielder Jonathan Williams, who has been linked with a move to Manchester City, says he is only thinking about winning promotion with the Eagles. 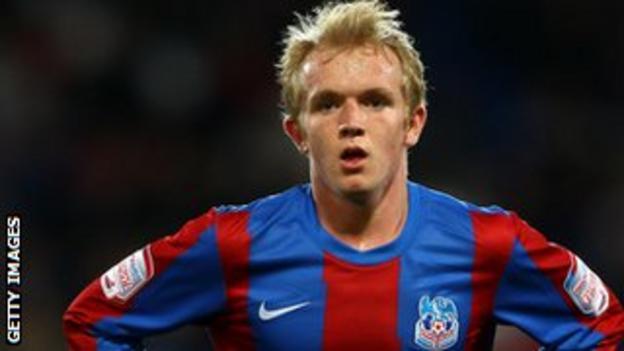 Everton are preparing to battle with Italian side Fiorentina for the signature of CSKA Moscow's Japanese midfielder Keisuke Honda, 26, in the summer.

Celtic striker Anthony Stokes, 24, says he wants to commit his future to the club when his contract expires in June.

Manchester City defender Joleon Lescott, who has a year left on his contract, will reluctantly ask to leave at the end of the season after the 30-year-old was left out of the England squad.

Tottenham defender William Gallas, 35, says more players will walk off the pitch during matches unless racist fans are dealt with. The former Arsenal player was speaking after Inter Milan supporters appeared to racially abuse Spurs players in their away-goals win at the San Siro on Thursday.

Manchester City manager Roberto Mancini fears the club's failure to sign another defender in the January transfer window could prove costly as they look to reduce Manchester United's 12-point lead at the top of the Premier League.

Manchester United defender Rio Ferdinand, 34, could turn down the chance to play for England, despite being named in Roy Hodgson's latest squad.

Everton and England midfielder Leon Osman, 31, wants boss David Moyes to commit his future to the club. Moyes, who celebrated his 11th anniversary at Goodison Park on Friday, is out of contract at the end of the season.

Arsene Wenger says goalkeeper Wojciech Szczesny, 22, still has a long-term future at Arsenal despite being left out of Tuesday's Champions League win over Bayern Munich.

But Gunners captain Thomas Vermaelen, 27, has been told by Wenger that owning the armband does not guarantee a starting place in the side. "In England, the captain has massive importance, but being a leader should not guarantee you a place for every game," said Arsenal boss Wenger.

West Ham manager Sam Allardyce wants to hold talks about extending his contract as soon as the club are safe from relegation, despite Hammers chairman David Gold insisting any discussions must wait until after the season is over.

Everton boss David Moyes has called on midfielder Marouane Fellaini, 25, to "make amends" with the club's fans after being booed off during last weekend's 3-0 FA Cup quarter-final defeat by Wigan.

Aston Villa manager Paul Lambert has robustly defended Randy Lerner, claiming that the much-criticised American owner has "done one hell of a lot for this club".

Reading caretaker boss Eamonn Dolan plans to ring Brian McDermott, who was sacked as Royals manager on Monday, to ask for advice ahead of today's (Saturday) Premier League match at Manchester United.

Crystal Palace's England Under-21 forward Wilfried Zaha, 20, may be forced to miss upcoming games against Romania and Austria to have emergency surgery on his teeth.

Paris St-Germain sporting director and former Brazil winger Leonardo, 43, sprung a surprise on his girlfriend, Sky Italia journalist Anna Billo, when he proposed to her during a live television interview.