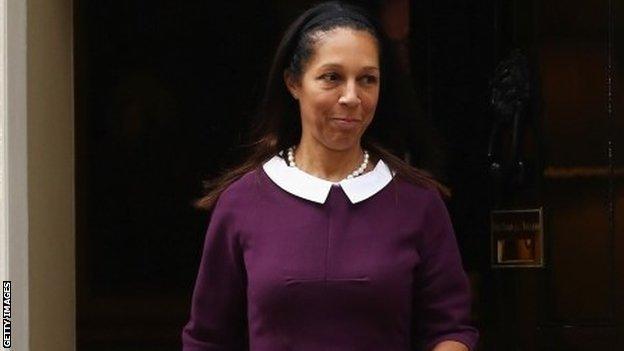 Robertson leaves his post, which he has held for three years, to join the Foreign Office.

"We look forward to working closely with new Sport and Equalities Minister Helen Grant as we move towards the Sochi Winter Olympics and Rio 2016."

Grant, 52, represented Cumbria in hockey, tennis, athletics and cross-country before becoming under-16 judo champion in the north of England and southern Scotland.

A qualified solicitor, until now she has worked at the Ministry of Justice and on women's and equality issues.

Robertson was given the sports brief by the Conservatives in 2005, and became minister following the 2010 general election.