Manchester United boss David Moyes is considering a bid for midfielder Andres Iniesta, 29, after hearing the Spain international has fallen out with Barcelona bosses.

USA skipper Clint Dempsey, 30, is set to make a loan return to the Premier League from Seattle Sounders in January. Tottenham have first refusal on the midfielder but Fulham, Aston Villa and Everton are also interested.

Celtic have agreed a £100,000 fee for the transfer of Fram Reykjavik's Iceland Under-21 striker Holmbert Fridjonsson, 20, his club chairman has claimed.

AC Milan have turned to Newcastle full-back Davide Santon, 22, as the man they want to replace Ignazio Abate, 27, who has been linked with a move to Arsenal.

Porto's Colombian striker Jackson Martinez, 27, is prepared to depart for a bigger club, with Chelsea, Liverpool and Tottenham interested in signing him during the summer.

Manchester City have been told they will have to pay £20m to sign Malaga goalkeeper Willy Caballero, 32, in the January transfer window.

Former Chelsea defender Dan Petrescu, 45, is set to agree to become Crystal Palace's next manager - if he is given a contract lasting at least two years.

Manchester City boss Manuel Pellegrini has angered several players by taking the vice-captaincy from Pablo Zabaleta and handing it to Yaya Toure in the absence of injured skipper Vincent Kompany.

The City boss delayed dropping goalkeeper Joe Hart in order to help England qualify for the World Cup. The Chilean coach was due to drop the 26-year-old before England's World Cup qualifiers last month against Montenegro and Poland but delayed the decision so as not to knock Hart's confidence.

Liverpool midfielder Steven Gerrard, 33, will have a painkilling injection for his hip injury so he can play in England's friendly against Germany on Tuesday. The captain is already out of Friday's game against Chile.

Chile and Barcelona forward Alexis Sanchez says Celtic goalkeeper Fraser Forster is the "complete player". Forster, 25, pulled off a remarkable double save when Barca beat Celtic 1-0 in the Champions League last month and is expecting a tough challenge with Forster set to play for England against Chile. 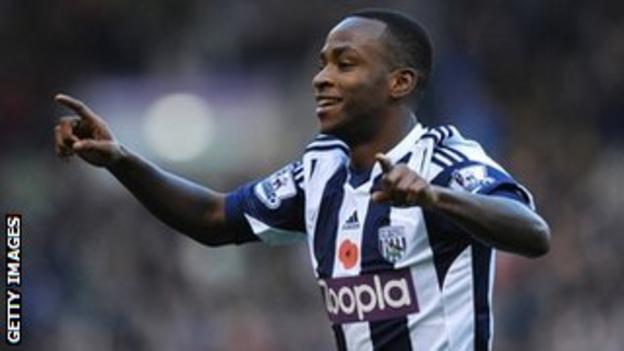 The German FA has downgraded its ticket request for the friendly against England next Tuesday to less than 1,000 seats after little interest in the game from its supporters.

Barcelona forward Lionel Messi, 26, has thanked fans for the support he has received in recent days, as club figures defended their handling of his fitness over recent months.

West Brom have written to the Premier League to demand video technology is used to stop a repeat of the penalty controversy that denied them victory at Chelsea on Saturday.

Manchester United fans are exploring the purchase of shares in the club in order to help push through safe standing at Old Trafford. It comes after the Manchester United Supporters' Trust improved its dialogue with the club after years of being sidelined.

Spain have broken with tradition by ditching their dark shorts in favour of an all-red kit for next summer's World Cup in Brazil.

An Arsenal fan in Uganda has lost his house after betting the Gunners would beat Manchester United at the weekend.