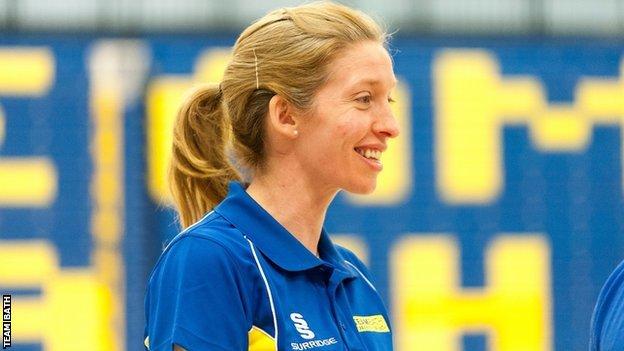 As well as working with the Superleague champions, Murphy will continue as a coach with the national side and in her job as England Netball's East Midlands regional manager.

"I've got great respect for Jess and the way she goes about her business," the 36-year-old said.

Murphy helped England to bronze at the 1998 and 2006 Commonwealths Games and was part of the team that won the 1999 World Championships.

Murphy and Thirlby have previously worked together with England's Under-21 side.

"Our relationship goes back a long way. We've played together and against each other in our career.

"I think it will be a really exciting opportunity to work with her at Team Bath," she added.

Midcourter Murphy spent much of her club career playing with Loughborough Lightning, and coached at Loughborough for seven years.

Thirlby said: "It's really exciting to have someone with Olivia's knowledge and experience as part of our coaching team. She will add an additional dimension to the coaching team and we're looking forward to getting the new season underway."