Manchester City defender Joleon Lescott, 31, has been targeted by Turkish side Besiktas. His contract expires at the end of the season.

Swansea skipper Ashley Williams, 29, is wanted by Napoli boss Rafael Benitez after the defender impressed when the two teams met in the Europa League last month.

Sporting Lisbon midfielder William Carvalho has revealed he would be keen on a move to Manchester United. The 21-year-old has a buyout clause of £37.5m with the Portuguese club. 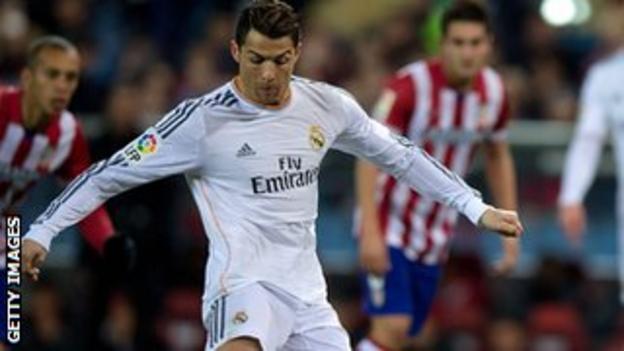 Real Madrid defender Sergio Ramos, 27, says the team "committed a sin of confidence" by allowing rivals Atletico Madrid to claw back into Sunday's 2-2 draw, having taken an early advantage.

Serie A club Napoli have concluded their search for a substitute goalkeeper with the signing of Spaniard Toni Doblas, 33, from Azerbaijani club Khazar Lankaran FK on a six-month deal.

Italian champions Juventus would be keen to sign FC Porto's 20-year-old Argentine forward Juan Iturbe, if Manchester United's Nani, 27, does not arrive in the summer.

Former England boss Sven-Goran Eriksson has denied claims by Sol Campbell that the former defender was overlooked for the captaincy because he is black.

Newcastle United manager Alan Pardew has revealed he is to take anger management lessons, in the fallout of his altercation with Hull City midfielder David Meyler.

Sir Alex Ferguson told Manchester United to sell forward Cristiano Ronaldo, 29, to Real Madrid for £150m in 2009 - and believes they would have paid.

Manchester United's hopes of playing in European competition next season have been boosted by Manchester City's League Cup triumph. City's win is likely to mean an extra Europa League spot will be given to the 6th-placed team in the Premier League.