Everton boss Roberto Martinez says there is no truth in reports stating the club have opened talks with Manchester United over the sale of full-back Seamus Coleman, 25.

Manchester United have been turned down by Paris St-Germain striker Edinson Cavani, as they cannot offer the 27-year-old the standard of football he wants. 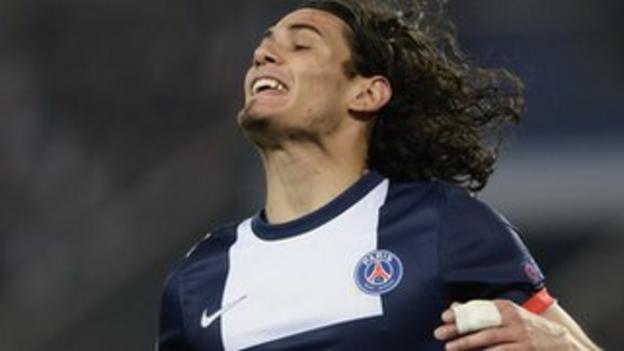 Standard Liege striker Michy Batshuayi, 20, says he expects to leave the Belgian club if they fail to qualify for the Champions League and hinted his destination of choice would be Arsenal.

Joe Hart, 26, could be on his way out of Manchester City with manager Manuel Pellegrini ready to move for Barcelona goalkeeper Victor Valdes, 32.

Charlton Athletic midfielder Diego Poyet is a target for Spanish giants Barcelona. The 18-year-old is the son of Sunderland manager Gus Poyet.

Arsenal goalkeeper Wojciech Szczesny, 23, says he would sign a life-long contract at Arsenal and has no fear of competing for his place with Iker Casillas if the Real Madrid stopper moves to the Emirates. 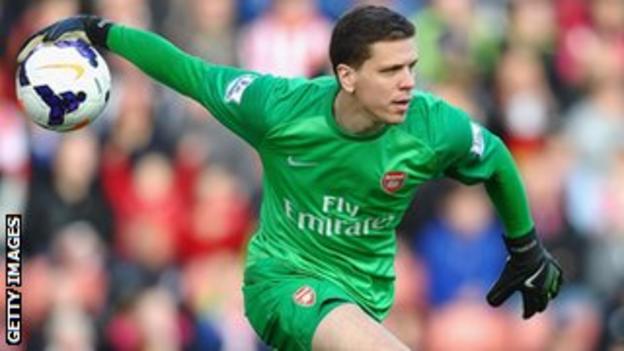 Chelsea are ready to hand attacking midfielder Eden Hazard, 23, a new £200,000-a-week deal this summer to ward off interest from Europe's big spenders.

Meanwhile, Hazard is dreaming of facing Real Madrid's Cristiano Ronaldo or Barcelona's Lionel Messi in the quarter-finals of the Champions League ahead of Friday's draw in Nyon.

After their last-16 success against Olympiakos, Manchester United manager David Moyes says his side can win the Champions League.

Former Tottenham director of football Damien Comolli has backed under-fire signings Christan Eriksen and Erik Lamela to succeed if the club give them time.

Everton are planning to reward midfielder James McCarthy, 23, signed from Wigan at the start of the season, with a new, improved contract.

The pitch on which England will begin their World Cup campaign against Italy is undergoing emergency repair work after the overuse of fertiliser killed sections of the turf.

Everton have agreed an extension to their shirt sponsorship deal with Chang, the Thai brewers, which will earn them up to £16m over the next three years - the club's most lucrative deal ever.

David Moyes has labelled 40-year-old midfielder Ryan Giggs "a freak" after he helped Manchester United overturn a two-goal first leg deficit to win 3-2 on aggregate in the Champions League against Olympiakos at Old Trafford on Wednesday.

A number of Borussia Dortmund's players have criticised the club's supporters for their lack of backing during their Champions League last-16 second-league tie with Zenit st Petersburg.