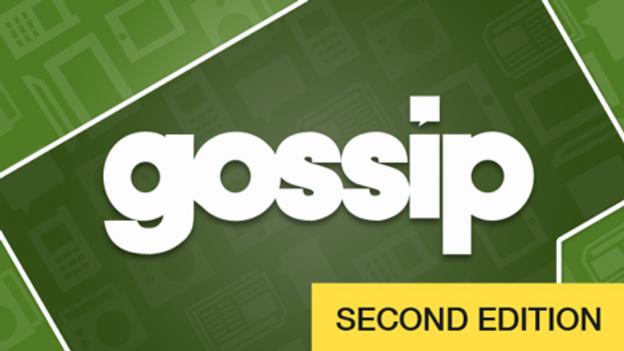 Arsenal defender Bacary Sagna, 31, has been offered a three-year deal by Manchester City and will consider whether to move in the summer.

Chelsea defender Ryan Bertrand, 24, has hinted he would rather stay as first-choice left-back at Aston Villa - where he is on loan - than be on the bench at Stamford Bridge.

Bayern Munich coach Pep Guardiola is interested in signing Atletico Madrid midfielder Koke. The 22-year-old Spaniard, who has a 60m euro buyout clause on his contract, is also being watched by Manchester United and Inter Milan.

Stoke's French midfielder Steven Nzonzi, 25, is non-committal about his future with just seven games remaining in his second season at the club.

Arsenal will weigh up another move for Bayer Leverkusen's Germany international midfielder Lars Bender, 24, after a failed bid last summer.

Barcelona are ready to pay Lionel Messi, 26, a world-record £336,000 a week to keep the Argentina forward at the club.

Striker Demba Ba, 28, expects to be let go by Chelsea at the end of the season and could head for Italy.

Southampton will make a move for Leeds full-back Sam Byram, 20, if they lose right-back Calum Chambers in the summer. Chambers, 19, is a target for Manchester United and Arsenal.

Former Liverpool favourite Sami Hyypia is facing the sack at Bayer Leverkusen after a dismal run of results left them in danger of missing out on next season's Champions League.

Swansea manager Garry Monk has described striker Wilfried Bony, 25, as a 'beast' after his performance in Tuesday's 2-2 draw against Arsenal saw him reach the 20-goal mark for the season.

Manager Sam Allardyce is under increasing pressure at West Ham - with former Swansea boss Michael Laudrup eyeing a return to the Premier League.

Sunderland manager Gus Poyet wants an instant impact from Connor Wickham after the 20-year-old striker's recall from a loan spell at Leeds United.

Colombian striker Radamel Falcao, 28, should recover from a knee injury suffered in January in time for the World Cup, according to his doctor. Colombia face Greece in their first group game on 14 June.

Parma defender Gabriel Paletta, 28, has emerged as Juventus's top target for the summer market and talks have already kicked off between the two clubs.

Real Sociedad midfielder Antoine Griezmann, 23, has rubbished rumours of him having signed an agreement with Paris St-Germain for the next season.

Liverpool striker Luis Suarez warmed up for the Premier League game against Sunderland by posting a picture on Instagram on Wednesday morning of himself, his wife and two children relaxing in bed.

Manchester United manager David Moyes has become the subject of a random excuse generator after Tuesday night's defeat at home to neighbours City.