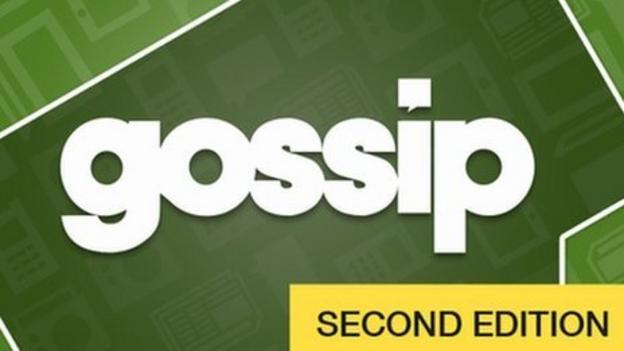 Atletico Madrid have joined the race to sign Newcastle's on loan Queens Park Rangers striker Loic Remy, 27. His representatives have been contacted by the La Liga table toppers.

Manchester United defender Rio Ferdinand, 35, is out of contract in summer but has said he wants to stay at the club, and carry on playing.

Chelsea have reportedly agreed a £50m deal for Atletico Madrid striker Diego Costa, 25, to join them on 30 June.

Denmark midfielder Christian Eriksen, 22, has hinted he could leave Tottenham despite recently expressing his desire to stay this summer.

West Brom midfielder Youssouf Mulumbu, 27, has defended team-mate Saido Berahino, 20, after the striker was disciplined by the club for inhaling nitrous oxide in his car after Albion's 3-0 defeat to Manchester United.

Hull City manager Steve Bruce believes his side can beat Arsenal in the FA Cup final after beating Sheffield United 5-3 in the semi-final on Sunday.

Borussia Dortmund manager Jurgen Klopp could be in charge of Barcelona next season if the Catalan giants relieve current boss Gerardo Martino of his duties this summer.

West Brom fans are planning a protest against the 'daylight robbery' of the Etihad Stadium ticket prices on Monday and have prepared a 30ft banner criticising the £56 price.

Chelsea captain John Terry, 33, says he told referee Phil Dowd to send off Swansea defender Chico Flores, 27, on Sunday after it appeared the Spaniard was going to escape a second yellow card.

Fulham are eyeing up a double swoop on the Bundesliga, with manager Felix Magath setting his sights on midfielder Alex Meier, 31, from Eintracht Frankfurt and defender Ricardo Rodriguez, 21, from Wolfsburg.

Gus Poyet has refused to rule out walking away at the end of the season after claiming an underlying problem at Sunderland had made them almost impossible to manage.

Aston Villa manager Paul Lambert has appealed for more support after the away fans turned against him with angry chants of "We want Lambert out" after the 1-0 defeat at Crystal Palace.

Furious Barcelona fans surrounded the team's bus and hurled insults when the players arrived back at the Nou Camp following the 1-0 defeat at lowly Granada in La Liga.

Inter Milan striker Mauro Icardi, 21, was booed by rival fans throughout the 4-0 win at Sampdoria on Sunday because he is now living with the ex-wife of former team-mate Maxi Lopez, who plays for the Genoa side.