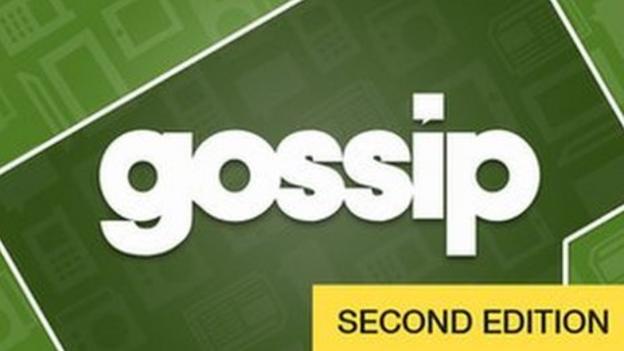 Manchester United manager David Moyes will be sacked by the club and could even leave as early as Monday.

United vice-president Ed Woodward and the club's owners the Glazer family are holding discussions over Moyes's future at Old Trafford.

Moyes lost the support of the Glazers and senior executives at the club following Sunday's 2-0 defeat at his former club Everton.

The Scottish manager and his backroom staff have also lost the support of key players at the club after enduring a disappointing season.

Ryan Giggs, 40, now a player-coach in his 24th season at Old Trafford, is the bookmakers' favourite to take over at the club.

United have refused to deny reports Moyes will be fired.

Fulham's 33-year-old striker Dimitar Berbatov says he would like to make his loan move to Monaco permanent at the end of the season.

Borussia Dortmund are plotting a move for Chelsea youngster Thorgan Hazard, whose brother Eden is a Blues regular. The 21-year-old attacking midfielder is currently on loan at Belgian club Zulte Waregem.

Manchester United have been told that a transfer for Southampton winger Adam Lallana, 25, will not come cheap because of a 25% sell-on clause the Saints have with Bournemouth for the Championship side's former academy player.

Hertha Berlin will look to make the loan deal for Norwegian midfielder Per Ciljan Skjelbred, 26, from Hamburg permanent at the end of the campaign.

Inter Milan have made contact with fellow Serie A club Genoa over the transfer of 22-year-old Croatian defender Sime Vrsaljko, a reported target for Arsenal.

Manchester City manager Manuel Pellegrini has dismissed claims his lack of squad rotation has cost his side the Premier League title.

The Football Association fears English football being damaged for "the next 50 years" unless more is done to combat the crisis in grassroots facilities brought on by what it calls government "austerity measures".

On-loan Atletico Madrid goalkeeper Thibaut Courtois, 21, has been warned by team-mate Tiago to watch out for Chelsea manager Jose Mourinho's mind games ahead of the Champions League semi-final as the Belgian prepares to face his parent club.

Aston Villa manager Paul Lambert has shrugged off talk of a multi-million-pound takeover at the club and intends to discuss his and the club's future with owner Randy Lerner at the end of the season.

Striker Luis Suarez, 27, was spotted making a miraculous recovery in Liverpool's victory over Norwich, seconds after writhing around in agony from a Leroy Fer tackle.