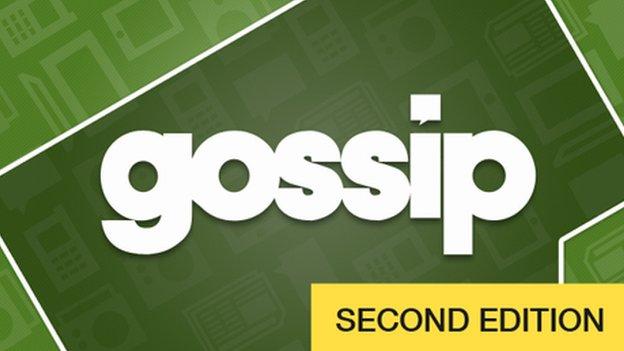 Barcelona hope to beat Arsenal in the race to sign Bayern Munich's Javi Martinez by bidding more than £30m for the 25-year-old Spanish defender, who can also play in a defensive midfield role.

Manchester United are to offer James Wilson a new contract after the 18-year-old striker scored a brace on his Premier League debut against Hull on Tuesday.

West Ham manager Sam Allardyce is planning to release as many as seven players as he looks to strengthen his squad at the end of the season.

Liverpool's Fabio Borini could stay on loan at Sunderland for another year. The 23-year-old forward also hopes his form with the Black Cats will be enough to earn a place in Italy's World Cup squad.

Fenerbahce defender Caner Erkin, 25, will stay at the Turkish club despite interest from Liverpool and Roma.

Stoke City goalkeeper Thomas Sorensen, 37, is considering extending his stay at the Britannia Stadium by one more year.

Liverpool captain Steve Gerrard, 33, has joked about his slip against Chelsea that allowed Demba Ba to score the opener in a 2-0 defeat at Anfield which cost the club dearly in the Premier League title race.

Footballing greats including Pele and Michel Platini paid tribute to Manchester United interim manager Ryan Giggs in a video played at the club's end of season awards ceremony, where the 40-year-old received a lifetime achievement award.

Everton manager Roberto Martinez has backed the Football Association's plans to introduce a new tier within the Football League that would see Premier League B teams competing against non-league clubs.

Liverpool boss Brendan Rodgers has also expressed his support for the proposals.

Everton goalkeeper Tim Howard, 35, doubts whether he will want to continue playing football beyond his current contract at Goodison Park, which is set to expire at the end of 2018.

Liverpool hope West Ham striker Andy Carroll, 25, and winger Stewart Downing, 29 - both former Reds - can help them win the Premier League title by beating Manchester City on the the final day of the season.

Everton manager Roberto Martinez says he will make a decision on whether to permanently sign 33-year-old on-loan midfielder Gareth Barry next week.

Manchester City defender Pablo Zabaleta, 29, has called on the title-chasing club's fans to remain patient as they show their support in Sunday's final game against West Ham.

Barcelona forward Lionel Messi, 26, says he is very close to signing a new contract with Barcelona, dismissing talk about him leaving the club as "nonsense".

Atletico Madrid are considering signing Sevilla's 26-year-old midfielder Ivan Rakitic as a replacement for attacking midfielder Diego, 29, who has hinted at a summer exit from the club.

Arsenal, Newcastle and Fiorentina have joined Juventus in the race to sign 21-year-old Manchester United forward Will Keane.

Barcelona's 23-year-old forward Bojan Krkic says he will not be continuing his loan spell at Ajax into another season.

Fiorentina's 28-year-old forward Mario Gomez has described this season as the "ugliest" of his career after he was left out of Germany's provisional World Cup squad.

Actor Kiefer Sutherland, who plays Jack Bauer in popular television series 24, has backed England for success at this summer's World Cup in Brazil.

Some Manchester City fans are furious after one supporter attempted to sell a ticket for Sunday's final league game at Etihad Stadium, when they are likely to be crowned champions, for £3,000 on an online auction site.