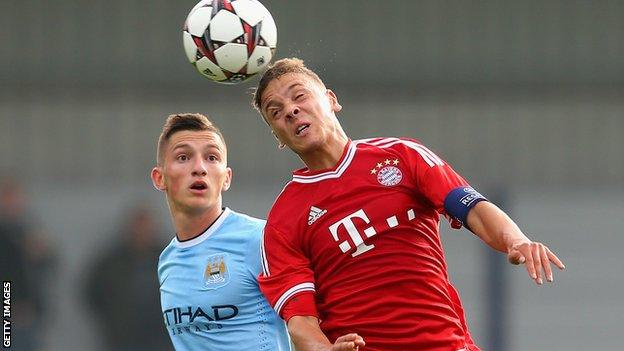 Young footballers should be limited in how often they can head the ball, says a report by a group of politicians.

Calling for a parliamentary inquiry into the issue of concussion in sport, the report says there must also be a debate as to whether restrictions are placed on full contact in youth rugby.

The report, titled Concussion Can Kill, suggests a five-step charter.

And it says costly legal cases in the United States mean concussion cannot be ignored by UK sporting bodies.

Concern about the effects of concussion has grown in recent years, and Dr Barry O'Driscoll resigned from the International Rugby Board medical committee in 2013 in protest at its concussion protocols.

The report states there needs to be "a debate about limiting exposure to head injuries for those participating in sport, particularly young people" and suggests "a graduated introduction of 'headers' in youth football".

It also asks: "Is it appropriate for young children to regularly train and compete in full contact rugby?"

As well as calling for a parliamentary inquiry, it proposes:

The Football Association's lack of formal protocols to deal with concussion is highlighted, while there is a recommendation for more research into the links between concussion and the disease chronic traumatic encephalopathy.

Former England forward Jeff Astle died in 2002 from brain trauma caused by heading heavy leather balls and his widow, Laraine, has urged the FA to take more responsibility on the issue.

The governing body promised at the time of Astle's death it would undertake a 10-year joint study alongside the Professional Footballers' Association to investigate the link, but no study was published.

It said in a statement the safety of all footballers is of "the upmost importance" and added it intended to publish new guidance before the 2014-15 season.

The FA statement continued: "Unfortunately, the previous study that the FA and PFA instigated, which followed the effects of heading the ball over a 10-year period, never reached its conclusion as the selected young players all failed to make the standard as professional players and fell out of the game."

Should children be banned from heading the ball in football? BBC Radio 5 live asks players, coaches and parents.