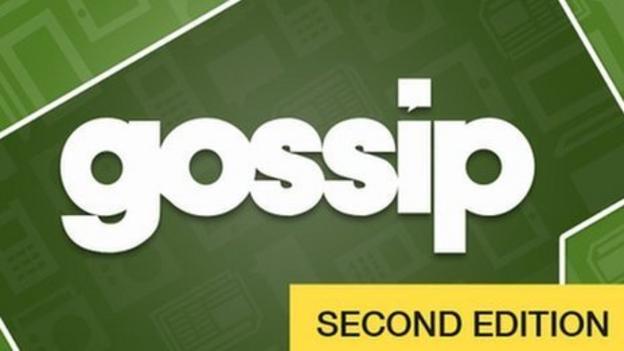 Southampton manager Ronald Koeman says he will only sanction the sale of 25-year-old defender and Liverpool target Dejan Lovren "for a top price".Evening Standard

After signing Filipe Luis on Friday, Chelsea are in talks over a £20m bid for another Brazilian Atletico Madrid defender - 29-year-old Joao Miranda. Daily Star 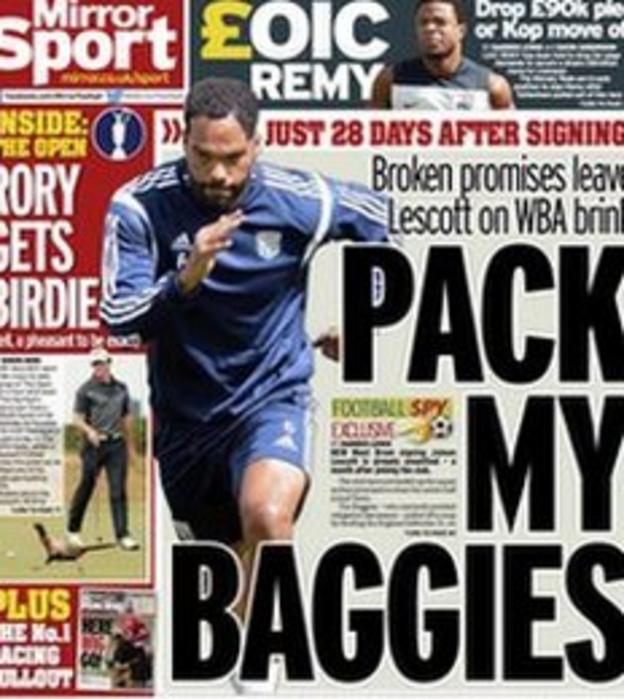 Arsenal are hopeful they can sign Atletico Madrid's Javier Manquillo after seeing off competition from Marseille for the 20-year-old defender. Metro

Everton are closing in on a deal to bring Chelsea striker Romelu Lukaku, 21, back to Goodison Park on a permanent basis after he spent last season there on loan.Daily Telegraph

Tottenham are close to completing a £10m deal for 21-year-old Swansea City defender Ben Davies, having seen off rival interest from Liverpool.Daily Telegraph

Manchester City midfielder James Milner, 28, is unhappy about his lack of first-team appearances last season, but wants to stay at the club.Manchester Evening News

Atletico Madrid could take advantage of Liverpool's failure to land Alberto Moreno, 22, by making their own move for the Sevilla left-back.Talksport

After talks with Real Madrid's 27-year-old Germany midfielder Sami Khedira broke down, Arsenal could turn their attention to Southampton's France international Morgan Schneiderlin, 24, as the Gunners seek to strengthen their midfield. Independent

Chelsea manager Jose Mourinho says summer signing Cesc Fabregas, 27, was never open to rejoining his former club Arsenal and that it was easy to persuade the midfielder to move to Stamford Bridge. Guardian

Newcastle attacking midfielder Hatem Ben Arfa, 27, is to contest his club's decision to fine him after he reported to pre-season training overweight. Sun (subscription required)

Manchester United's Spanish midfielder Ander Herrera, 24, says this summer's pre-season tour of the United States with his new club is the first time he has left Europe. Daily Express

Former Chelsea defender Ashley Cole, 33, was praised by Roma manager Rudi Garcia after impressing on his debut for the Serie A club in a friendly against an Indonesia U23 side. Daily Mail

Real Madrid's 33-year-old goalkeeper Iker Casillas has asked the club to let him leave and join Arsenal on a free transfer this summer. Daily Express

Striker Demba Ba, 29, has been given a fond farewell on Twitter after his move to Besiktas - by fans of Manchester United, Manchester City and Chelsea. Metro

Manchester United attacking midfielder Juan Mata, 26, posted a picture of himself with his team-mates as they travel to the United States for the club's pre-season tour.

Manchester City's Argentine defender Pablo Zabaleta, 29, says on Twitter he is "filled with joy" after having a stadium named after him in his home town of Arrecifes.

Defender Joleon Lescott, 31, is unhappy with a lack of transfer activity, only 28 days after signing for West Brom. Daily Mirror