Arsenal want either Chris Smalling, 24, or fellow Manchester United defender Phil Jones, 22, as part of a deal which will take 28-year-old centre-back Thomas Vermaelen the other way. Daily Mirror

Manchester City are not interested in signing 36-year-old Didier Drogba, who has been linked with a return to former club Chelsea having left Galatasaray. Manchester Evening News

Newcastle are interested in taking Arsenal midfielder Serge Gnabry on loan but face competition from Southampton for the 19-year-old.Daily Mail

Everton are believed to be close to beating Arsenal and Manchester United to the signing of forward David Henen, 18, from Anderlecht. Liverpool Echo 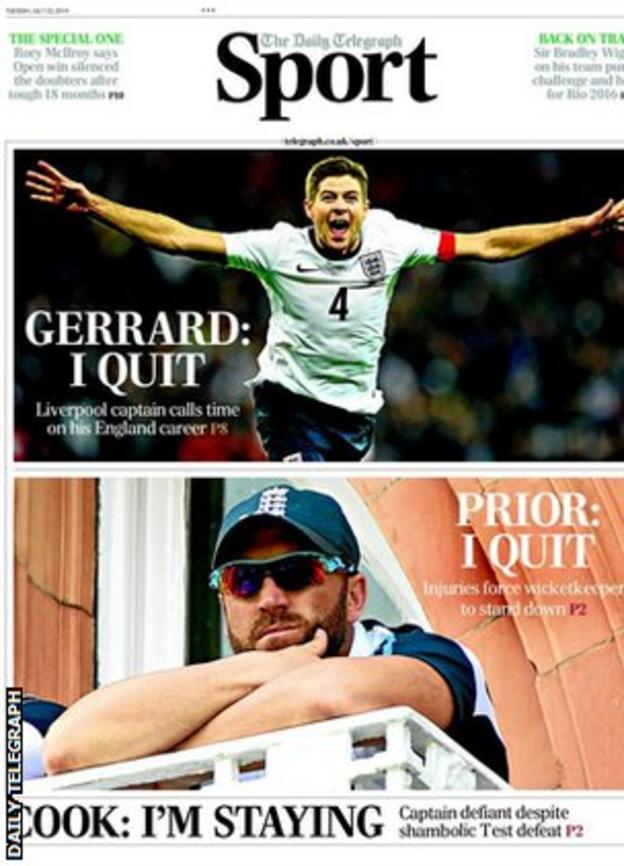 Tottenham have been told they will have to pay £25m for France and Real Sociedad midfielder Antoine Griezmann, with Chelsea and Monaco also tracking the 23-year-old.Daily Telegraph

Portuguese midfielder Tiago Mendes, 33, has rejected a possible return to Chelsea this summer in favour of re-signing with Spanish champions Atletico Madrid for another two years.Talksport

Leicester want Trabzonspor's former Chelsea winger Florent Malouda, 34, as they look to strengthen their squad for the Premier League.Daily Mirror

Meanwhile, the Foxes have had a £6.5m bid for Watford striker Troy Deeney, 26, turned down.Leicester Mercury

Liverpool have accepted a £14m offer from Sunderland for striker Fabio Borini but the 23-year-old is set to reject the move and fight for his place at Anfield.Newcastle Chronicle

Midfielder Darron Gibson, 26, is expected to end his nine-month spell on the sidelines when Everton face Tranmere Rovers in a friendly on Tuesday.Liverpool Echo

Full-back Cesar Azpilicueta, 22, enjoyed his dinner at Chelsea, posting a photo of team-mate John Terry and the squad sitting down to eat - and telling new signings Cesc Fabregas, Diego Costa and Felipe Luis "you don't have to sing... yet".

Defender Curtis Davies, 29, was pleased after Hull's 1-1 pre-season friendly against North Ferriby United, tweeting: "Good to get the first 90 mins under the belt. Performance was decent but main thing is to get the minutes and come out unscathed."

Former Arsenal defender Andre Santos, 31, was attacked by fans of his Brazilian top-flight side Flamengo following Sunday's 4-0 thrashing by Internacional in what his club called a "cowardly" act. Daily Mail

Stoke City have agreed to pay the travel bill for fans who use the club's official supporters' coaches for all 19 Premier League fixtures next season. Stoke Sentinel

Frank Lampard, 36, may receive a less than warm welcome if his expected move to New York City FC goes ahead, after one of the city's main newspapers reminded readers of his insensitivity following 9/11. Daily Telegraph