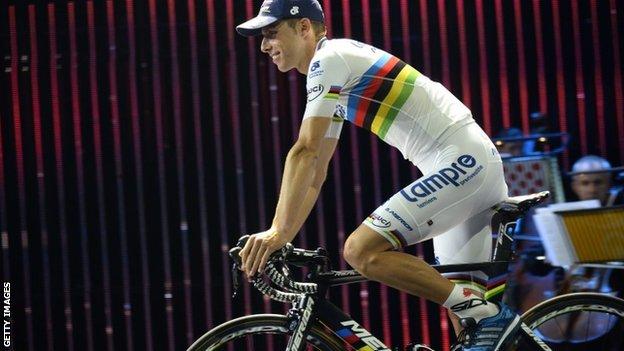 The Portuguese rider, 13th in the overall standings behind leader Vincenzo Nibali, was forced to retire after an outbreak of pneumonia.

The 27-year-old was suffering from "a general state of fatigue," his team Lampre-Merida said in a statement.

Britain's Simon Yates withdrew on Monday after 15 stages of the 21-stage event, leaving Team Sky's Geraint Thomas as the only British representative.

After Monday's rest day, the Tour resumes on Tuesday with three mountainous stages in the Pyrenees and an individual time trial ahead of Sunday's traditional processional ride into Paris, which will end in a sprint finish on the Champs-Elysees.