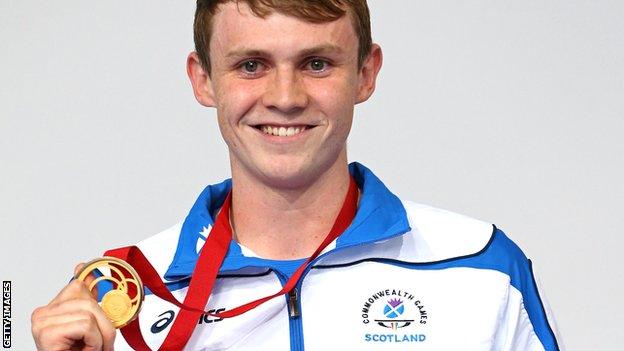 They are amongst nine home nation individual gold medal winners from Glasgow 2014 to make the line-up.

The Commonwealth Games was the main focus for British swimmers in 2014, with UK Sport setting them a performance target of 22 to 26 medals in order to maintain their current level of funding.

It was a mark they far exceeded - with England, Scotland and Wales claiming a combined 45 medals - which provided a welcome boost after disappointing London Olympic and 2013 World Championships results.

The squad will now look to maintain their momentum in Germany, with young swimmers, such as Plymouth-based Shauna Lee, taking their place alongside established names.

"We did incredibly well [in Glasgow], but we have to be realistic and recognise that it is not a World Championships or an Olympic Games," said British Swimming head coach Bill Furniss.

"We will use it as a development meet where we will try some new strategies and the challenge will be to see if we can bounce from one competition to another and keep that quality of performance."

Miley and Wallace, who won their respective 400m individual medley events, as well as Olympic silver medallist Jamieson, had agreed with British Swimming chiefs before the Commonwealth Games that they would skip the Europeans.