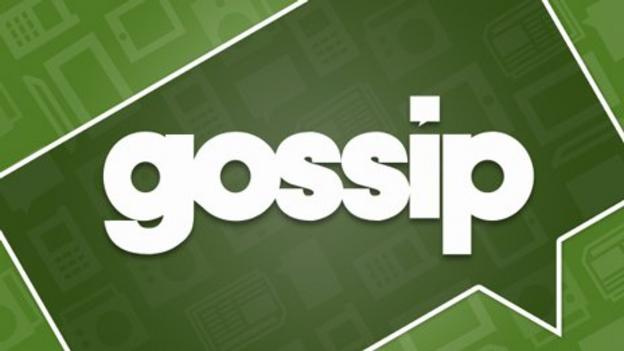 Borussia Dortmund say they will do all they can to keep midfielder Marco Reus, 25, at the club, despite interest from Arsenal, Liverpool and Manchester United. (Metro)

Alberto Moreno, 22, will complete his move to Liverpool next week, but only after the Spanish left-back plays a last game for Sevilla against Real Madrid in the Uefa Super Cup in Cardiff. (Daily Mirror)

Everton have agreed a season-long loan with Chelsea for Christian Atsu, 22, after giving the Ghana international assurances that he would get regular first-team football. (Daily Mail)

Everton manager Roberto Martinez wants to give midfielder James McCarthy, 23, an improved contract after just one season at the club. (Liverpool Echo) 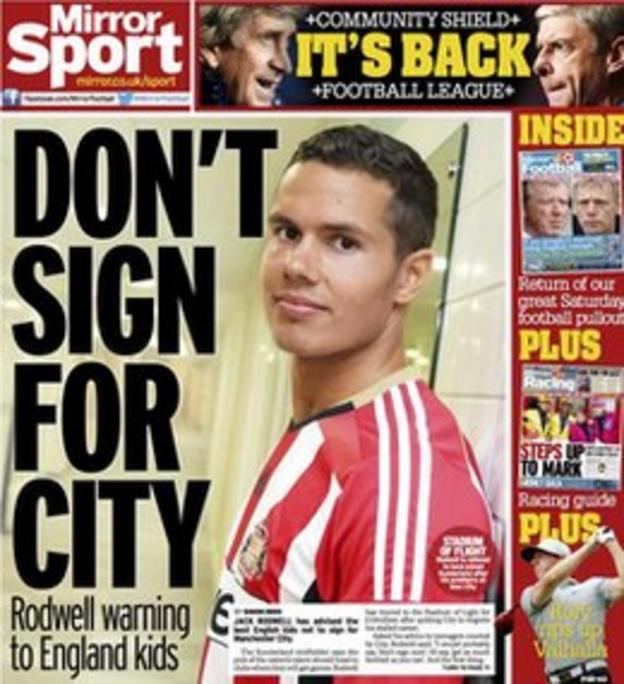 Martinez fears Romelu Lukaku, 21, may miss Everton's first match of the season against Leicester City next weekend as the Belgium striker is still feeling the effects of his World Cup campaign. (Times - subscription required)

Former Liverpool forward Robbie Fowler has backed Daniel Sturridge, 24, to thrive for the Reds this season, despite the departure of strike partner Luis Suarez. (Daily Star)

Manchester United midfielder Shinji Kagawa, 25, says he will use the frustration of last season as a "trigger" to spur him on to gain more first-team appearances in the new campaign. (Daily Star)

Rodwell says he has been at peak fitness for the past 18 months and does not understand why he has been described as "injury prone". (Northern Echo)

Real Madrid are preparing a £10m bid for Chelsea goalkeeper Petr Cech, 32, as they seek to persuade the Czech to become Iker Casillas' replacement at the Bernabeu. (Daily Express)

Former Arsenal captain Tony Adams thinks Jack Wilshere, 22, is in danger of not fulfilling his potential and says the England midfielder should have taken last summer's £42.5m signing of Mesut Ozil as "a personal insult". (Sun - subscription required)

Spanish goalkeeper Pepe Reina, 31, says a final farewell to Liverpool fans on Twitter after completing his transfer to Bayern Munich.

Coach Ted Lasso, aka Jason Sudeikis, who made such an impression as Tottenham manager last year, returns for the new advert for NBC Sports' Premier League coverage.