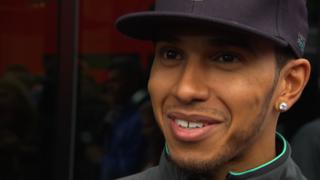 Formula 1 drivers give their thoughts on 16-year-old Max Verstappen driving for Torro Rosso next season.

Verstappen's new team-mate, 20-year-old Daniil Kvyat does not believe it will be such a big step for the Dutch teenager, but Lewis Hamilton says he would not have been ready for F1 when he was 17.

The 2014 season resumes at Spa-Francorchamps in Belgium from Friday 22 August, live across the BBC.

'Football needs to wake up' - Shearer