Manchester United have been given permission to launch a summer bid for Real Madrid's Gareth Bale, 25. (Sunday Express) 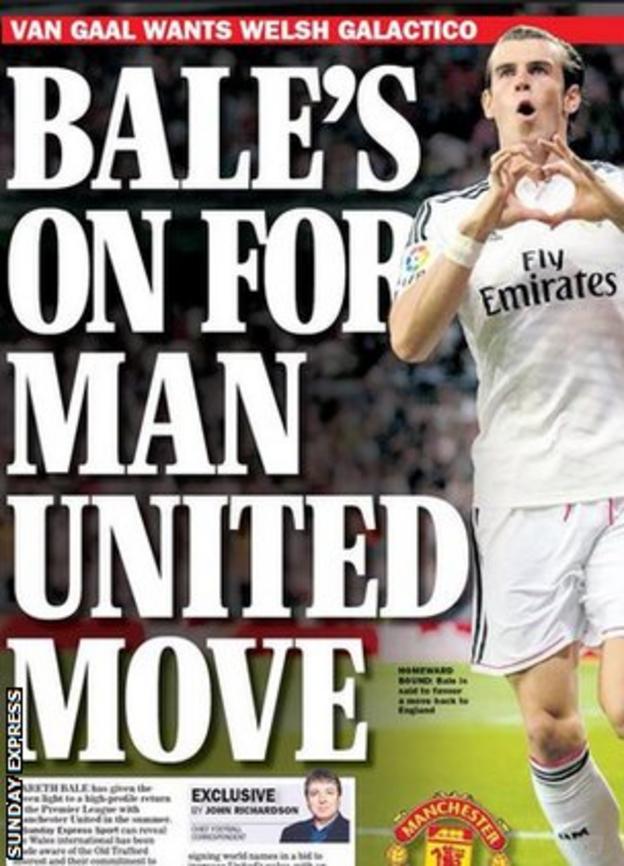 Liverpool are considering bringing striker Fernando Torres, 30, back to the club in January, four years after he left Anfield to join Chelsea. The Spaniard is currently on a two-year loan at AC Milan. (Mail on Sunday) 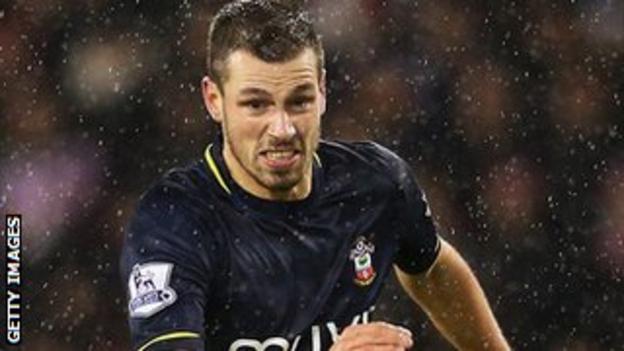 The Gunners are also poised to make a move for Germany midfielder Christoph Kramer. The 23-year-old would cost £20m from Bayer Leverkusen. (Mail on Sunday)

Borussia Dortmund midfielder Marco Reus, 25, handed Liverpool, Chelsea, Manchester United and Arsenal a blow by agreeing to join Real Madrid in a £20m move at the end of the season.(Sunday Express)

Liverpool striker Daniel Sturridge, 25, has bought a £1m penthouse apartment in the city centre, and moved in with his parents. (Sunday Mirror)

Reds team-mate Raheem Sterling is set to be rested by manager Brendan Rodgers in an effort to prevent the 20-year-old from burning out. (The Sun, the subscription required)

Arsenal manager Arsene Wenger insists he is no Scrooge and will be happy to splash the cash in January. (Observer)

Manchester United and Chelsea were interested in signing Bojan, 24, when he was a teenager, according to the Stoke attacker's father. (Mail on Sunday)

Ally McCoist may have managed Rangers for the final time as owner Mike Ashley prepares to move to replace him. (Mail on Sunday)

Manchester City are again likely to be without any senior strikers for the Boxing Day clash with West Brom, with Sergio Aguero, Edin Dzeko and Stevan Jovetic all out injured. (Manchester Evening News)

Arsene Wenger says he is happy to have Alexis Sanchez, rather than Luis Suarez, as his star striker at Arsenal. (Sunday Telegraph)

Queens Park Rangers striker Charlie Austin was busy on social media on Saturday evening. The 25-year-old took little time to post a photo of himself with the match ball after bagging a hat-trick in their victory over West Brom.

There was a contrast in emotion for Hull City's Tom Huddlestone, 27, who tweeted: "Tough time for everyone at the moment. We have to all stick together and keep working hard to get ourselves out of the current situation."

They really are trawling to find talent at Manchester City. Ahead of their victory over Crystal Palace on Saturday, the club arranged for penguins to play football outside the Etihad Stadium and some of them showed good touches. (Metro)