Midfielder Frank Lampard, 36, is set to give Manchester City a New Year boost by extending his loan spell at the club and delay his arrival at Major League Soccer side New York City FC until at least mid-February. (Daily Mirror)

Arsenal manager Arsene Wenger is keen to sign Celtic's 6ft 4in Dutch centre-half Virgil van Dijk, 23 but the Scottish club are believed to want more than £10m for the Gunners to secure his services. (The Sun - subscription required)

Liverpool face competition from Arsenal in their bid to sign Manchester City midfielder James Milner, 28, on a free transfer in the summer, though the Blues are confident the England international will remain with them. (Daily Express)

Chelsea boss Jose Mourinho says Sam Allardyce should be named Manager of the Year if West Ham finish in the top four. (The Sun - subscription required) 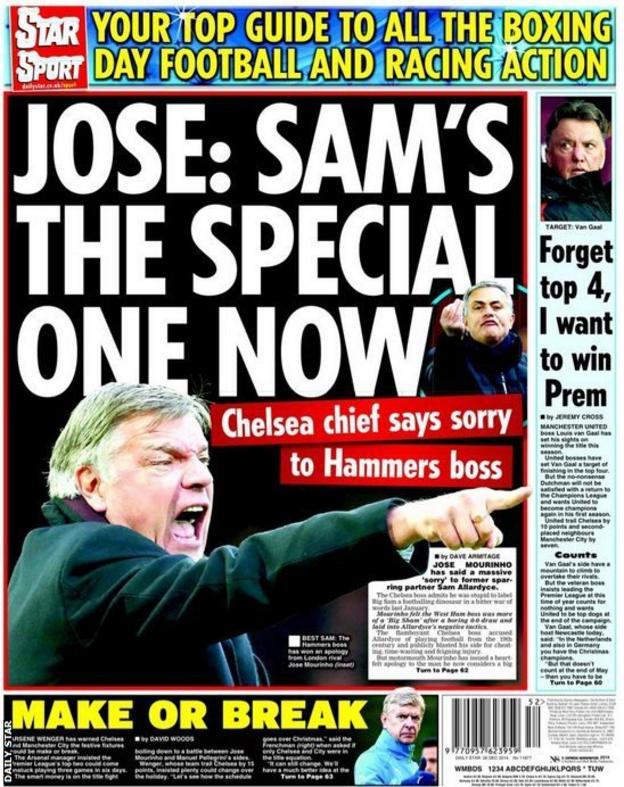 Liverpool striker Mario Balotelli, 24, has been warned by manager Brendan Rodgers that he needs to get used to life on the bench and change his style of play. (Daily Mail)

Arsenal winger Alex Oxlade-Chamberlain, 21, says the club's new generation of players would welcome Thierry Henry back at the club in a coaching capacity. (Daily Telegraph)

Alan Pardew says his Newcastle players must resurrect their season with victory at Old Trafford on Friday, despite only winning once there in the past 42 years. (Independent)

West Brom are confident defender Joleon Lescott, 32, can withstand the busy Christmas period after it was revealed he has a personally tailored training regime. (The Times - subscription required)

Liverpool will dig up the Anfield pitch next summer at the request of manager Brendan Rodgers because he believes it undermines his team's passing game. (Daily Telegraph) 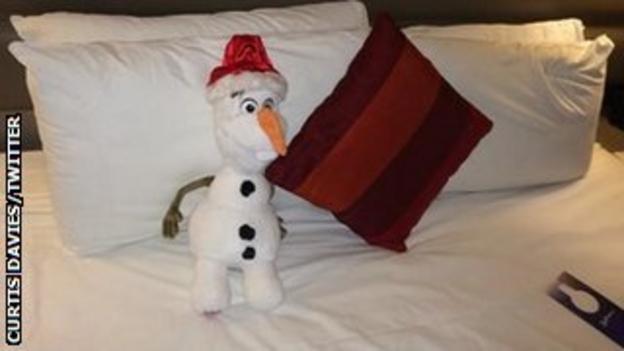 Hull City defender Curtis Davies, 29, had some Christmas company as his side prepared for their away game at Sunderland on Friday. "Me &my boy Olaf just chilling!" he tweeted. "About to turn on The American Office! So goodnight all hope you all had a great day."

West Ham striker Andy Carroll, 25, and his Towie star fiancee Billi Mucklow got into the Christmas spirit and revealed they are to become parents in 2015 with a picture hashtagged #OurLittlePudding

Stoke's Robert Huth clearly didn't get the presents he was looking for this year - he simply tweeted: "I hate Christmas."

Former Italy defender Andrea Dossena, 33, who was released by Sunderland last summer, has revealed he surfed the internet to see which teams around Europe had sold a left-back and ordered his agent to enquire if those clubs would be interested in signing him. (The Sun - subscription required)

Manchester United manager Louis van Gaal has told Newcastle counterpart Alan Pardew and other bosses they are wasting their time ranting and raving on the touchline. The Dutchman prefers to stay seated on the bench and believes it is pointless to do otherwise. (Daily Mirror)

Chelsea chiefs have met supporters in a bid to improve the atmosphere at Stamford Bridge with designated singing sections and individuals to lead the songs among the proposals. (Daily Mail)