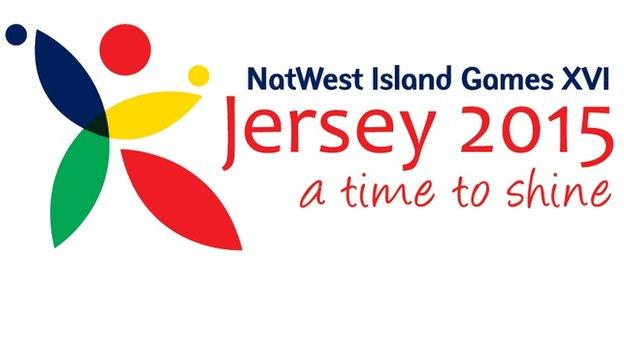 Sportsmen and women from around the globe will descend on the Channel Island of Jersey this summer, for an event set to be on par with the size of the Sochi Winter Olympics.

More than 2,700 competitors are expected to do battle at the biennial Island Games, in sports such as archery, tennis and sailing.

With 50 days until the opening ceremony, BBC Sport profiles some competitors from Jersey who will be hoping to impress on home soil when the Games get under way at the end of June.

An international archer with Great Britain, Lucy O'Sullivan is the and was part of the Team GB squad which won silver at the European Championships in Armenia.

The 24-year-old is a former Miss Battle of Flowers and claimed gold, silver and bronze medals at the 2011 Island Games in the Isle of Wight, the last time archery featured in the Games.

She shoots in the compound events, rather than the recurve, and is likely to be the standout performer in

Dan Halksworth could be Jersey's first medallist, on the opening day of Games action, when he races in the triathlon based in St Aubin's Bay based on the island's south coast.

He but is perhaps better suited to the longer Ironman distances, winning the UK title in 2012 and 2013.

Halksworth is a multiple winner of the Jersey Triathlon and could also be set to enter athletics events at the Games this summer.

Having recently moved inside the world's top 1,000 singles players for the first time, Scott Clayton will be targeting more Island Games success after winning and at Bermuda 2013.

His medals came in the doubles and team events, but he did not live up to his number one seed billing in the singles two years ago.

Since then, the former British Under-18 champion, has climbed the rankings and has been on an impressive run of form in the early part of the year.

Zane Duquemin holds the Island Games records in both discus (56.43m) and and represented Jersey at the Commonwealth Games in Glasgow, making the finals in both throwing disciplines.

The national British indoor shot put champion is hoping to push towards the 20m mark this year and is well capable of bettering his record set in 2011.

Duquemin, who is expected to enter the shot put and not the discus at the Games, relocated to Loughborough a year ago to concentrate his training and attempt to move to the next level.

Josh Band, who has played on the professional circuit in recent years, was part of Jersey's three-man squad for the World Team Championships in Tokyo a year ago.

At 21 he is the most senior player in the Island Games table tennis team, which is who already has six medals at two Island Games to his name.

Band made the main draw at the US Open in Las Vegas in 2013.

Jersey are in a group of just three teams in the women's football, alongside Greenland and Hitra, and will hope goals from Wales international Jodie Botterill will fire them into the latter stages.

The former Aland United striker is one of the stand-out Jersey players, winning bronze in 2003 and was also part of the Jersey sides in 2007, 2009 and 2011 that failed to get out of their group.

Botterill scored in the as part of preparations for the Games.

Since then she has represented England on the world stage, helping them to team bronze at the 2010 Commonwealth Games.

She came out of retirement to then before last year switching allegiances back to Jersey, representing her home island at the Commonwealths in Glasgow.

Kim Ashton has won Island Games medals in both badminton and cycling, and for determination, sportsmanship or courage.

She had bounced back from being knocked off her bike by a car three months earlier to win a series of medals.

In Bermuda she was again on the podium, in the women's criterium, and more recently has been giving the Jersey men stiff competition, finishing fifth in an Island Games qualifying race.

Ian Black's eight medals at Bermuda 2013 helped Jersey to the top of the swimming table and saw him chosen to carry the flag at the closing ceremony.

Black, who has worked as a coach in Australia, is the reigning Island Games champion in the 50m and 100m breaststroke, as well as the 200m individual medley.

He as one of two Jersey swimmers to qualify.

Eighteen years ago he medalled in the air rifle events but has never competed in the fullbore at the Games until this year, although his brother and father have both won golds in the discipline.

Le Cheminant twice came close to breaking Jersey's 24-year wait for a Commonwealth Games medal in 2014, but dropped out of the top three in the individual and pairs events on the final days.

BBC Radio Jersey and BBC Channel Islands will have live coverage of the NatWest Island Games, with commentaries, reaction and updates each day.