Manchester City are preparing a world record bid to tempt Cristiano Ronaldo, 29, away from Real Madrid if he decides to return to England. (Sun - subscription) 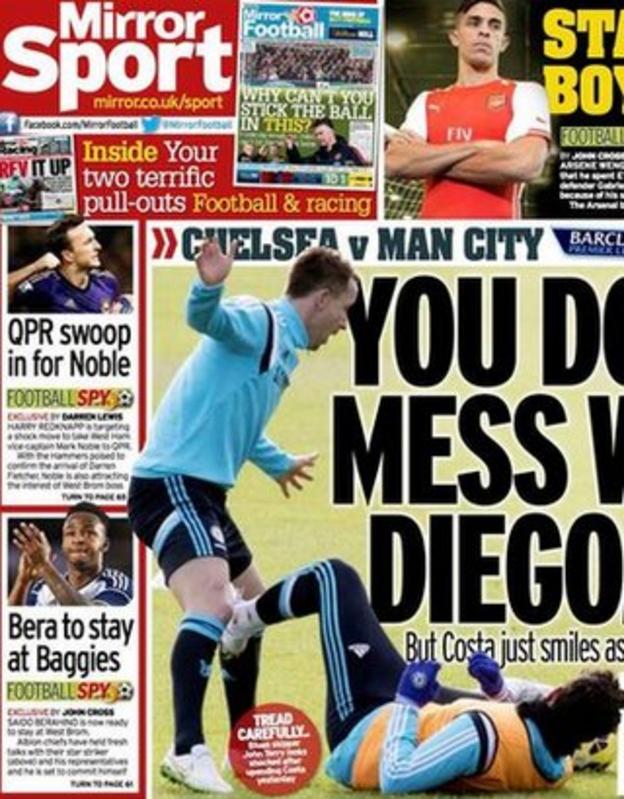 Manchester City have learned that defender Pepe, 31, would be willing to leave Real Madrid before his contract expires in 2016. (Daily Express)

Premier League clubs including Arsenal, Liverpool and Manchester United are ready to move for Borussia Dortmund's Marco Reus after Bayern Munich ended their interest in the 25-year-old winger. (Bild - in German)

Tottenham are poised to allow Emmanuel Adebayor, 30, or Roberto Soldado, 29, to join Roma on loan as the Serie A club look for a striker to replace Mattia Destro, 23, who is bound for AC Milan. (London Evening Standard)

QPR and West Brom are keen to sign 27-year-old West Ham midfielder Mark Noble, who is for sale because of Darren Fletcher's imminent arrival from Manchester United. (Daily Mirror) 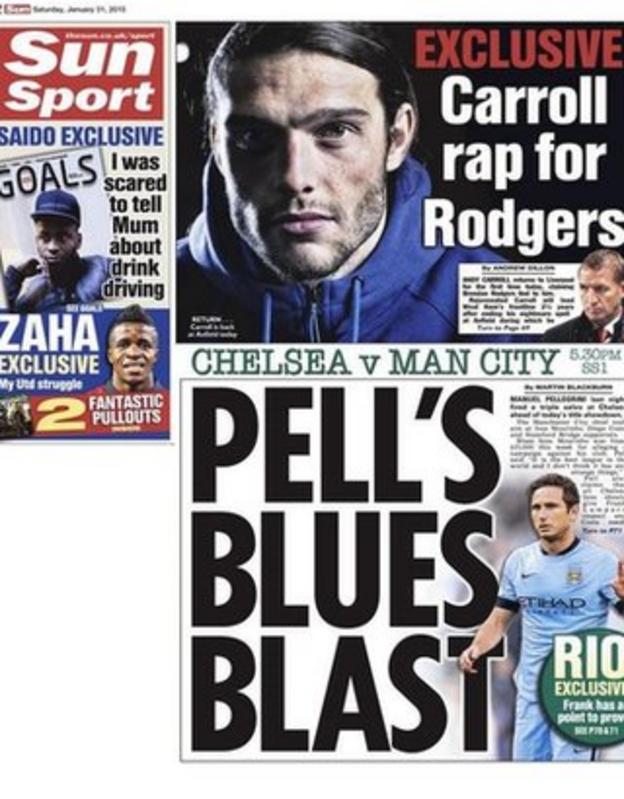 Crystal Palace striker Fraizer Campbell has told boss Alan Pardew he does not want to leave the club in the transfer window and plans to fight for his place. (Daily Mirror)

Chelsea midfielder Cesc Fabregas, 27, is expected to miss their game against Manchester City with a hamstring injury in another blow to boss Jose Mourinho. He is already without 26-year-old striker Diego Costa through suspension. (Daily Telegraph)

Manchester City boss Manuel Pellegrini dismissed Mourinho's claim that there is a campaign against the London club. (Guardian)

West Ham striker Andy Carroll, 26, says Liverpool boss Brendan Rodgers "messed with my head" as he prepares to return to Anfield to face his former club. (The Times - subscription)

Roberto Martinez, has admitted for the first time that Everton are in a relegation battle this season. (Guardian)

Liverpool captain Steven Gerrard will make his 700th career appearance for the Reds if he is selected for their Premier League game against West Ham. And the 34-year-old midfielder plans to wear special boots with the number stitched into them. He posted a picture of them on his Instagram account with the message: "I will be wearing these in the next match I play in. Appearance number 700 for the Reds!"

Roma forward Francesco Totti has re-enacted Real Madrid winger Cristiano Ronaldo's World Player of the Year celebration. The 38-year-old did his version of Ronaldo's Ballon d'Or scream of "Siiii" and uploaded his effort to YouTube.

Atletico Madrid's Arda Turan was given a cake with a boot on it by his team-mates to celebrate his 28th birthday, and posted a picture of it on his Instagram account. Turan lost his cool in Atletico's Copa del Rey loss to Barcelona on Wednesday and hurled a boot at a linesman.

Former Liverpool defender Jamie Carragher surprised one of the club's supporters by hand-delivering a DVD copy of the film 'One Night in Istanbul' to her doorstep in Walton. (Liverpoolfc.com)

The Gunners boss also revealed that new signing Gabriel Paulista is being given a crash course in English football terms because the Brazilian defender does not speak the language.(Daily Mail)