Liverpool manager Brendan Rodgers has claimed he will bring success to Anfield "if I can get the tools" and said the club must be "forceful" in the transfer market this summer. (Daily Express)

City could instead turn to Real Madrid manager Carlo Ancelotti, with the Italian's future at the Spanish giants dependant on him winning a second successive Champions League title. (Sun - subscription required)

Aston Villa boss Tim Sherwood will move for Hull midfielder Jake Livermore, 25, if the Tigers are relegated from the Premier League. (Daily Mirror)

Chelsea are considering following Tottenham's lead and travelling to Australia to play a friendly against Sydney FC shortly after the end of the season. (Evening Standard)

Arsenal manager Arsene Wenger has not made contact with Cesc Fabregas, 27, since the midfielder's return to England with Chelsea. (Daily Telegraph)

Wenger also expresses regret that he let Fabregas leave the Gunners for Barcelona in 2011. (Independent)

Newcastle are ready to offer Marseille winger Andre Ayew, 25, a lucrative four-year contract to move to Tyneside rather than Everton, Liverpool or Swansea. (Daily Mirror)

West Brom boss Tony Pulis says he is "annoyed" with being labelled as someone who "just keeps clubs up" having never been relegated in his managerial career. (Daily Telegraph)

West Ham are planning to move for 26-year-old Manchester United striker Javier Hernandez, who is on loan at Real Madrid, as part of an extensive summer recruitment programme. (Daily Mail)

West Ham have told Moyes he is their preferred candidate to take over from manager Sam Allardyce, whose future will be decided at the end of the season. (Daily Telegraph)

Newcastle manager John Carver has urged fans to temporarily forget their differences with the club's hierarchy and get behind the team in a fixture he has dubbed a "World Cup final" against Swansea at St James' Park. (Guardian)

Newcastle fans are to continue their campaign of opposition to owner Mike Ashley by staging peaceful protests outside branches of the 50-year-old's Sports Direct chain. (Evening Chronicle)

Tottenham are considering a state-of-the-art stadium with a retractable pitch that enables them to become the home of a new NFL London franchise. (Daily Mail) 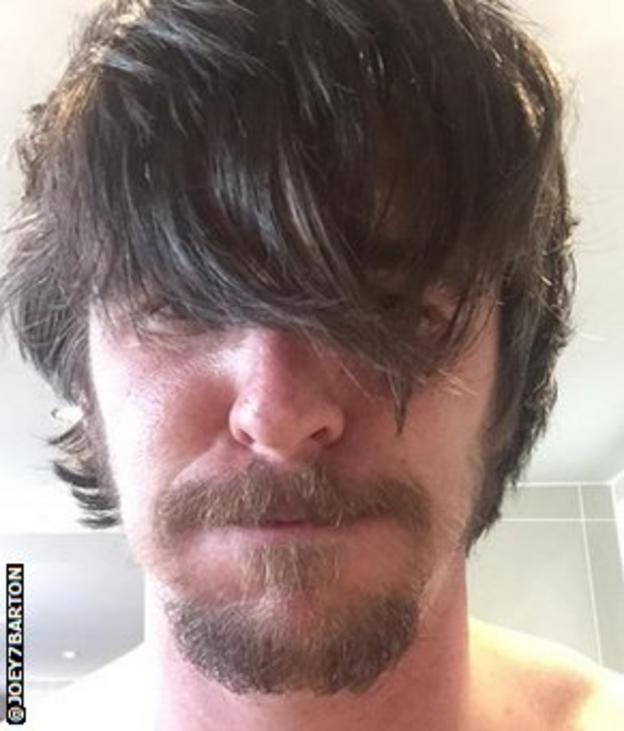 QPR's Joey Barton was pondering on Twitter whether to get himself a new haircut. The 32-year-old midfielder posted a picture of himself with the message: "Debating whether to have a haircut and a shave today or persist with the wild man of Borneo look?"

Arsenal forward Mesut Ozil was keen to show off his latest bit of kit - a fancy new watch reminiscent of the one David Hasselhoff's character had in 1980s TV classic Knight Rider - on his Instagram account. The Germany international also posted the message: "Excited about my new cool gadget! It's just like Michael Knight's watch, but a real one #knightrider #phone"

Former Aston Villa and Manchester United striker Dion Dublin responded to the criticism of his presenting skills following a switch to property show Homes Under the Hammer. Dublin responded to a fan on Twitter who said they "really did not like" him by tweeting "Thanks for your kind words, I will try and do better!"

Former Sevilla striker Luis Fabiano was sent off for a piece of play acting that bordered on the ridiculous during Sao Paulo's 2-0 win over Corinthians in in a fiery Copa Libertadores tie. (Metro)