Liverpool will allow the contract of winger Raheem Sterling to run down, rather than sell the 20-year-old. (Independent)

And Sterling will forfeit millions of pounds in wages if his contract battle with the Reds continues into next season. (Times - subscription)

West Ham will not look to keep hold of midfielder Alex Song, 27, when his loan from Barcelona expires, and captain Kevin Nolan, 32, will also be offloaded. (Mirror)

Burnley defender Ben Mee wants boss Sean Dyche to stay with the Clarets, regardless of whether they are relegated. (Star)

Aston Villa are ready to battle with Newcastle United for the signing of 18-year-old Leeds midfielder Lewis Cook. (Daily Telegraph)

Scotland midfielder Darren Fletcher says it was not difficult to quit Manchester United to sign for West Brom in January. (Daily Express)

Newcastle caretaker manager John Carver says he has more important things to worry about than Tim Krul switching agents, amid speculation the goalkeeper could be looking for a move elsewhere. (Newcastle Chronicle)

Tottenham manager Mauricio Pochettino has promised to fight to keep key players like goalkeeper Hugo Lloris at the club but could offer no guarantees that they will stay. (London Evening Standard)

Former England captain David Beckham celebrated his 40th birthday by joining Instagram. He wrote: "Good morning and hello! It's great to finally be on Instagram, been a long time coming but I can't wait to start sharing all my special moments with you. Thank you for all your birthday messages so far. Looking forward to a great day with friends and family." 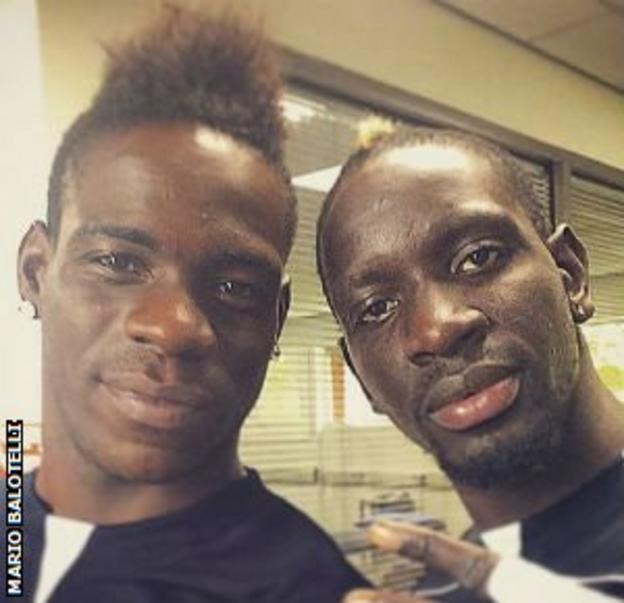 Liverpool striker Mario Balotelli has suggested injured defender Mamadou Sakho is close to returning after a hamstring injury. Balotelli posted a selfie with his team-mate, saying "the brothers will be back very soon".

Injured Manchester United defender Marcos Rojo can afford to put his feet up. The 24-year-old posted a picture of his tattooed legs, and said he would be supporting his team-mates against West Brom on Saturday.

Arsenal great Robert Pires has been socialising with the current crop of Gunners stars. The Frenchman was pictured with Olivier Giroud and Mathieu Debuchy.

Manchester United striker Radamel Falcao may be 29 years old, but an internet app reckons he is 43. (Express)

New Zealand's youngsters warmed up for the Under-20 World Cup with a few keepy-uppies - at the top of a 630ft building. (Stuff)