And England should also pull out of the tournament, according to 1966 World Cup-winning defender George Cohen. (Daily Telegraph)

FA of Wales president Trefor Lloyd Hughes is set to take up the British vice-presidency position with Fifa vacated by David Gill, who has stepped aside following Sepp Blatter's re-election.(Daily Mail)

Juventus have made a move for Chelsea's 23-year-old attacking midfielder Oscar. (Daily Mirror)

Jurgen Klopp wants Liverpool to scrap their transfer committee if he is to become their new manager. (Sun - subscription required)

West Ham have made a second approach for Ajax's Frank de Boer to become their new manager. (Daily Express)

Wenger says he doesn't understand how Wilshere can be frustrated at a lack of starting opportunities since returning from an ankle injury.(Times - subscription required)

Arsenal attacking midfielder Theo Walcott says ahead of the FA Cup final that this is the best squad he has been involved with.(Talksport)

David Henen is likely to stay at Everton beyond this summer, says the striker's agent. The Belgian, 19, has spent this season on loan at Goodison Park, playing for the Blues' Under-21s but is now due to return to parent club Olympiacos. (Liverpool Echo)

Atletico Madrid have made a £7.1m bid for 28-year-old Celta Vigo striker and Everton target Nolito. (AS - in Spanish)

Santos are to seek possible legal action against Barcelona over the transfer of forward Neymar in 2013. (Marca)

Poet Pam Ayres has written a verse to mark the re-election of Fifa president Sepp Blatter: "Reflecting on the state of things/The fat cats getting fatter/The purity of Fifa/The saintliness of Blatter."

Comedian John Bishop has had his say on Blatter's re-election, tweeting: "A World Cup without Uefa teams would fail so why does Uefa not leave Fifa - does Sepp Blatter have all the balls and won't let them play?"

Writer and comedian David Baddiel asked: "I wonder what would've had to have happened under his governance for Blatter NOT to have been re-elected."

Richard Osman, co-host of BBC game show Pointless, chipped in: "I think Sepp Blatter was absolutely the right choice to lead Fifa, and anyone who disagrees, hasn't seen my new Rolex yet."

Comedian Richard Herring, offering a tongue-in-cheek contrarian view, tweeted: "Blatter shows the power of digging your heels though doesn't he? I almost admire him."

Arsenal keeper Wojciech Szczesny has criticised his father Maciej on Facebook after he had accused Gunners boss Arsene Wenger of being disloyal towards his son in an interview with Polish newspaper Przeglad Sportowy. 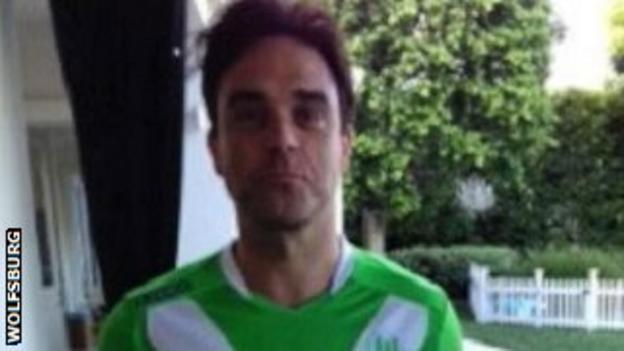 Liverpool striker Mario Balotelli cost his club over £20m for a solitary Premier League goal this season - the worst value per goal of any striker purchased by an English top-flight side this year.(Daily Mail)