Chelsea have signed former Manchester United loan striker Radamel Falcao, 29, from Monaco and will announce the deal next week. (Record, via Daily Star)

Manchester United striker Robin van Persie insists he wants to stay at Old Trafford and fight for his first-team place, despite suggestions he may leave this summer. (Daily Mirror)

Manchester City, who have been linked with Raheem Sterling, Paul Pogba and Kevin De Bruyne, will go ahead with their summer spending plans, despite fears of further sanctions under Uefa's financial fair play rules. (Manchester Evening News)

The Old Trafford club could sign Ajax keeper Jasper Cillessen, 26, as they line up a replacement for 24-year-old David De Gea, who has been linked with a move to Real Madrid.(Daily Telegraph)

Sevilla striker Carlos Bacca, 28, who is reportedly a target for Manchester United and Arsenal, would be interested in a move to Italian side Roma.(Daily Mail) 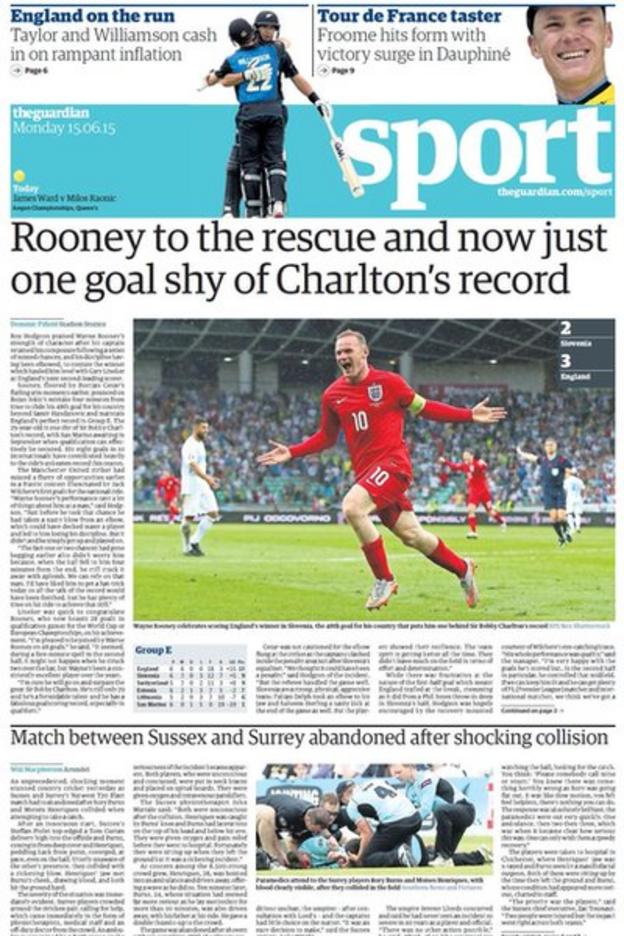 Everton are considering moving for Arsenal forward Lukas Podolski, 29, who spent the latter part of last season on loan at Inter Milan.(Daily Star)

Atletico Madrid's Croatian striker Mario Mandzukic could be a target for Wolfsburg if rumoured Newcastle target Bas Dost, 26, leaves the German side.Mandzukic, 29, is also interesting Liverpool and Manchester United. (AS)

Watford winger Ikechi Anya, 27, says he is open to a move to Scottish club Celtic, despite the Hornets achieving promotion to the Premier League last season. (Daily Express)

Arsenal playmaker Mesut Ozil says Germany team-mates Mats Hummels and Benedikt Howedes have the qualities to succeed in the Premier League. Borussia Dortmund centre-back Hummels, 26, has been linked with Manchester United, while there is speculation the Gunners want Schalke defender Howedes, 27. (Bild, via Guardian)

John Terry told a fan on Instagram that his signed picture of the Chelsea skipper was fake - with the supporter replying that he bought the memento from the Blues' club shop.

West Ham keeper Adrian, 28, tweeted the message: "Best day of my life...Yes I do!!", along with a picture of him getting married.

One young Slovenia fan came up with a novel way of trying to get Wayne Rooney's England shirt - by offering him a cold beer in exchange for it. (Metro)