Defender Sergio Ramos - a target for Manchester United - wants to leave Real Madrid after the club failed to deny a transfer link with Barcelona presidential candidate Jordi Majo. (AS)

Liverpool have increased their offer for Real Madrid defensive midfielder Asier Illarramendi, 25, to £16m and the Spanish club could accept.(Marca)

The Hammers are confident their improved £14m offer for Dimitri Payet will force through the transfer of the 28-year-old Marseille forward. (Guardian)

Chelsea goalkeeper Petr Cech, 33, has agreed personal terms with Arsenal, but the clubs are not close to agreeing a fee. (Sky Sports)

Spurs are set to take a £15m loss on Roberto Soldado, 30, after opening talks with Galatasaray over the £11m sale of the striker. (Daily Mirror)

Raheem Sterling flew home from his holiday in Ibiza in a private jet as Manchester City consider increasing their offer to £50m for the 20-year-old Liverpool winger.(Daily Mail)

Porto striker Jackson Martinez, 28, is waiting for Arsenal to make a move for him after turning down the chance to join AC Milan. (Daily Express)

Crystal Palace's board are ready to block Alan Pardew's move for Charlie Austin as they do not want to pay £15m for the 25-year-old QPR striker. (Daily Mirror)

Southampton have joined the race for Austin in an attempt to beat Liverpool and Chelsea to his signature. (Daily Express)

Arsenal forward Joel Campbell is a target for Benfica, while Real Sociedad have bid £6m for the 22-year-old. (Sun - subscription required)

Defender Luke Garbutt, 22, is set to reject a move to Bournemouth and sign a new five-year contract with Everton. (Liverpool Echo)

Attacking midfielder Michu, 29, is unlikely to return to Swansea this summer with talks scheduled for next week between the club and player, who spent last season on loan at Napoli and has a year remaining on his contract.(Daily Mail) 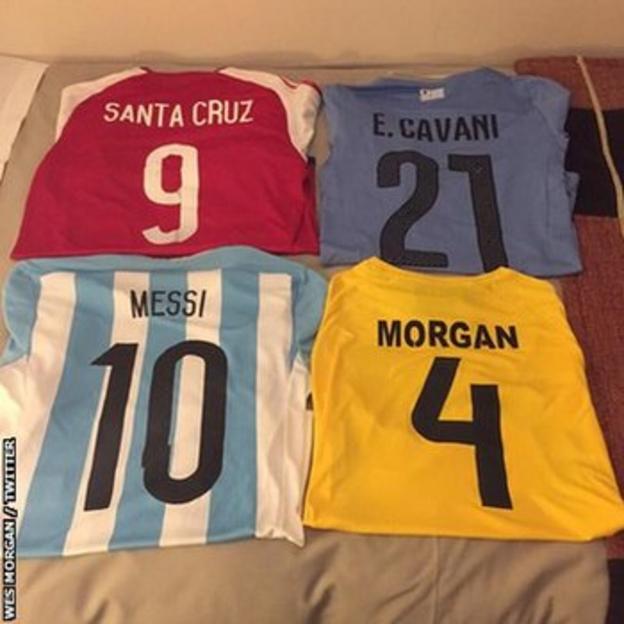 Leicester City defender Wes Morgan says he is having a "couple of weeks off" after playing for Jamaica at the Copa America. He tweeted a picture of the shirts he collected from the tournament.

After helping England to a 1-0 victory over Sweden at the European Under-21 Championship, Tottenham striker Harry Kane tweeted: "Great win from the lads. I think people underestimate that result. All to play for now and I can't wait!"