Real Madrid and Porto have agreed a deal which will see Spain goalkeeper Iker Casillas, 34, leave the Bernabeu on Friday after 25 years.(Marca)

Liverpool forward Raheem Sterling, 20, says the breakdown in his relationship with manager Brendan Rodgers is the reason he wants to leave Anfield.(Daily Mirror)

The Reds have told England international Sterling he has to join them on their pre-season tour to Australia and Asia.(Sun - subscription required)

Liverpool fans are angry with Sterling after the Manchester City target missed training on Wednesday because of illness.(Liverpool Echo)

West Brom striker Saido Berahino, 21, has got rid of agent Aidy Ward because of his role in Sterling's desired move to City.(Daily Mail)

Stoke City have moved for 39-year-old Aston Villa goalkeeper Shay Given - just when it seemed Middlesbrough were about to sign the former Newcastle player.(Evening Gazette)

Hull City are upbeat going into their FA hearing about their proposed name change to Hull Tigers on Saturday, because the Football League will not block the move.(Times - subscription required)

Tottenham striker Roberto Soldado is keen to leave this summer to play more regular football - and there has been interest in the 30-year-old from clubs in Spain.(Guardian)

New Arsenal goalkeeper Petr Cech, 33, is set to make first appearance for the Gunners in Singapore after Arsene Wenger named an almost full-strength squad for the Barclays Asia Trophy next week.(Guardian)

Tottenham Hotspur are desperate for the Football Association to allow them to use Wembley as a temporary home, but Chelsea have offered £3m more in annual rent. (Times - subscription only)

Southampton believe they are entitled to at least £2m compensation after Atletico Madrid sold Belgium defender Toby Alderweireld, 26, to Tottenham despite the Saints having an option to buy him. (Daily Star)

Uruguay midfielder Gaston Ramirez, 24, could still have a future at Southampton despite not playing for them for almost a year. (Southern Daily Echo)

Meanwhile, 25-year-old forward Jay Rodriguez - who has been out with a knee injury since April 2014 - scored two goals on his comeback as the Saints lost 5-4 to German club RB Leipzig on Wednesday. (saintsfc.co.uk)

Manchester United and England striker Wayne Rooney on Twitter: "Delighted that me and @ColeenRoo have our 3rd child on the way."

Germany striker Lukas Podolski has penned a farewell message to Arsenal fans after signing for Galatasaray. "I will forever be a Gunner," writes the World Cup winner on Twitter.

Preston North End have secured themselves a certain goalscorer by signing Manchester United striker Will Keane on a season-long loan deal, according to former Red Devils defender Rio Ferdinand. "Good luck to Will Keane at Preston. #WillScoreGoals," wrote the ex-England international on Twitter. 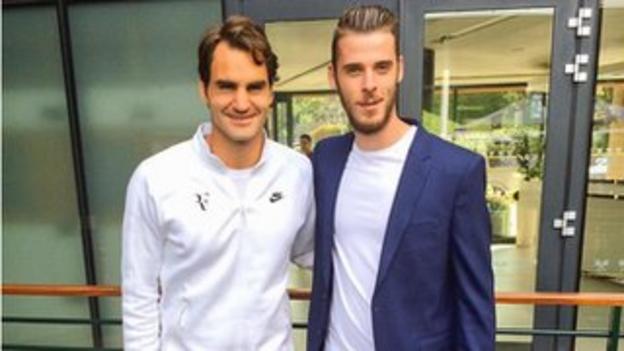 Manchester City's 18-year-old French striker Thierry Ambrose, who has just signed a new five-year contract, likes living in Manchester so much he has compared it to Paris. (Manchester Evening News)