Liverpool striker Mario Balotelli, 25, will reject the chance to join Lazio and Sampdoria on loan as he is due a six-figure loyalty bonus if he is still at Anfield when the transfer window closes. (Daily Mirror)

Juventus are considering a move for Liverpool's Brazil midfielder Lucas, 28, who was omitted from Brendan Rodgers' match-day squad for last weekend's game against Stoke. (Daily Express)

Manchester United's pursuit of Sergio Ramos, 29, is over, with the Spain defender poised to extend his contract at Real Madrid next week. (Guardian)

Tottenham Hotspur striker Roberto Soldado, 30, has flown to his native Spain to seal a permanent move to Villarreal. (Guardian)

Leicester City have beaten Schalke to the signing of Napoli midfielder Gokhan Inler, 31, after agreeing a £3m deal. (Daily Express via Sky Italia)

Sunderland have held talks with Liverpool about re-signing striker Fabio Borini, 24, on loan - a year after he turned down a move to the Stadium of Light.(Sunderland Echo)

Blackpool striker Nile Ranger, 24, has been turned away from training and told he has no future at the League One club. (Blackpool Gazette)

West Ham striker Andy Carroll, 26, is on course to return to first-team action before the end of August. Carroll has not played since February because of a knee ligament injury. (London Evening Standard)

Celtic have closed in on signing Hibernian midfielder Scott Allan from under the noses of Rangers.(Daily Express)

Southampton boss Ronald Koeman is confident he will sign Celtic defender Van Dijk before the summer transfer window closes at the end of the month. (Daily Record)

Injured West Ham United forward Enner Valencia posted a picture of himself with Ecuador team-mate and Manchester United namesake Antonio Valencia. Enner is expected to be out until November with a damaged leg.

Liverpool striker Mario Balotelli has posted a picture of a birthday cake on Instagram after turning 25 on Wednesday.

Former England defender Phil Neville wants his ex-Manchester United team-mate Paul Scholes to follow him into coaching. "He has a fantastic football brain and would be an asset to any club," tweeted Neville. 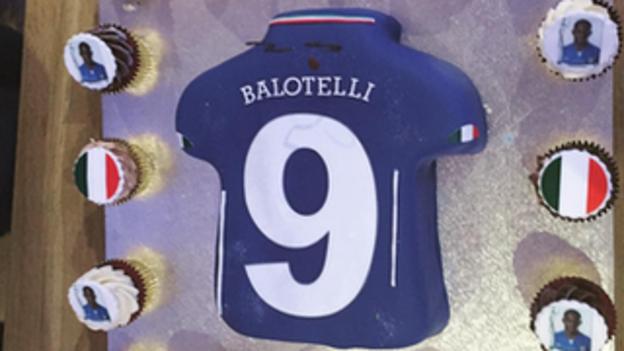 Former Liverpool winger Jimmy Carter, 49, has been inundated with goodwill messages on Twitter - aimed at his former US President namesake, 90, who has revealed he has cancer.

An enormous billboard, appearing to depict Carlos Tevez scoring the West Ham goal which relegated Sheffield United in 2007, has been placed outside the League One club's Bramall Lane ground. (Daily Telegraph)