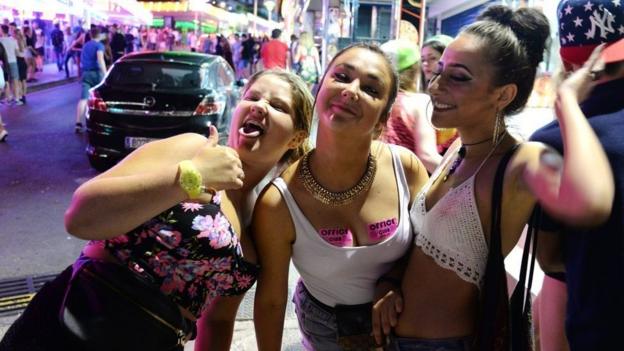 Since Magaluf brought in anti-social behaviour rules crime has dropped, but so has the number of British party goers choosing the resort,

Arrests were down and the number of guests being expelled from their hotels fell by 50%. Bars on the Punta Ballena strip also saw a drop in business.

New rules on street drinking and pub crawls were introduced this summer.

The Magaluf Hotel Association (MHA) says the drinking ban caused the drop in the crime figures in May, June and July.

There were just three arrests for prostitution, hawking, drug dealing and robbery in Magaluf compared to 23 last year - figures which are confirmed by the Guardia Civil police.

There were also 50% fewer cases of people falling from balconies.

Although British people made up 55% of the 1.5 million visits in July 2015, the MHA said the numbers have fallen.

There were also more families and couples over 30. The number of Britons between aged between 16 and 25 dropped by almost 10%

Two UK police officers have been in town this week to give "back-up" help to the Majorcan authorities.

The Foreign Office has yet to comment on the crime figures, and whether its scheme to send the two police officers has made a difference.

Sgt Brett Williams and PC Martina Anderson, arrived in Magaluf on Monday and are working during the day.

There has been criticism that they are not on the streets at night - when young people are out partying.

Next week the officers will be going to Ibiza.