John Terry, 34, fears for his Chelsea future after inquiries were made over Real Madrid's 22-year-old Raphael Varane. (Mail on Sunday)

Arsenal manager Arsene Wenger believes his side can capitalise on the turnover of talent at Barcelona and Real Madrid, explaining that the competition for places is the reason he was able to sign Alexis Sanchez and Mesut Ozil, both 26. (The Guardian)

Reds boss Louis van Gaal insisted that he did not need to add to his attacking options despite being linked with a move for Barcelona forward Neymar. (Manchester Evening News)

Sunderland boss Dick Advocaat has earmarked three new recruits despite an improved performance from his side in the draw against Swansea at the Stadium of Light. (Sunderland Echo)

Blackburn Rovers' head coach Gary Bowyer is set to become the first managerial casualty of the season. (The Sun on Sunday - subscription required)

Manchester United have not given up hope of signing Real Madrid forward Gareth Bale, 26, in the current transfer window. (People)

Manchester United and Chelsea have been offered to chance to sign Pato for £10m. (Sunday Telegraph)

Arsene Wenger admits that a shortage of world-class strikers and the reluctance of cash-rich rivals to part with them is preventing Arsenal from making another marquee signing. (Telegraph)

West Brom boss Tony Pulis will try to persuade Jonny Evans, 27, to walk away from Manchester United this week as he prepares a £8m bid. (Mirror)

Victor Wanyama, 24, has told Southampton he is unhappy and wants to leave, with the midfielder refusing to discuss a new contract. (Mail on (Sunday)

Crystal Palace are making a fresh move for 26-year-old Charlie Austin - with confidence growing they can land the QPR striker. (Mirror)

Arsenal defender Per Mertesacker, 30, has no plans to move into coaching at the end of his playing career. (Observer)

Roma could be about to pay off former England defender Ashley Cole, 34, from the remainder of his contract after he failed to find a place in the squad for the Serie A side's opening game of the season at Verona. (Observer)

Rangers manager Mark Warburton says it is all about how you use the money as he defended the club's £5m budget - 10 times the average outlay of other clubs in the Scottish Championship. (The Scotsman)

Liverpool forward Jordon Ibe, 19, has refused to rule out a future with Nigeria despite a likely call up to England U21s squad this week for matches against the United States and Norway. (Sunday Telegraph) 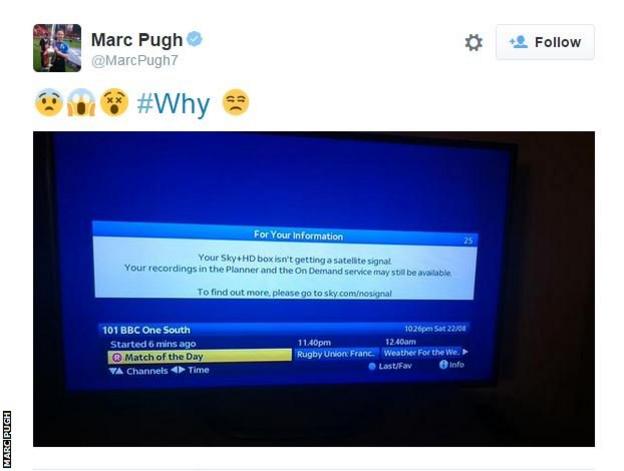 Good friends Stoke keeper Jack Butland and Norwich midfielder Nathan Redmond exchanged tweets having faced each other on the pitch at Carrow Road. Redmond's mother could not resist joining in the love-in.

A Cardiff City fan tried to head a wayward ball that came in his direction during Saturday's match against Wolves - however he ended up embarrassing himself on live TV. (Wales Online)

Arsenal goalkeeper David Ospina showed that Colombia is not a cricketing hotbed after failing miserably to bowl a ball alongside team-mates Theo Walcott and Alex Oxlade-Chamberlain. (Metro)

Celtic fan Rod Stewart was hit in the pocket when dozens of fans turned up at Gordon Ramsay's pub in Las Vegas wearing Celtic shirts after he offered free drinks to anyone who did so to celebrate the end of his run at Caesar's Palace. (Sunday Express).