For a list of all the latest deals, check out the transfers page and follow Sportsday live on Monday. 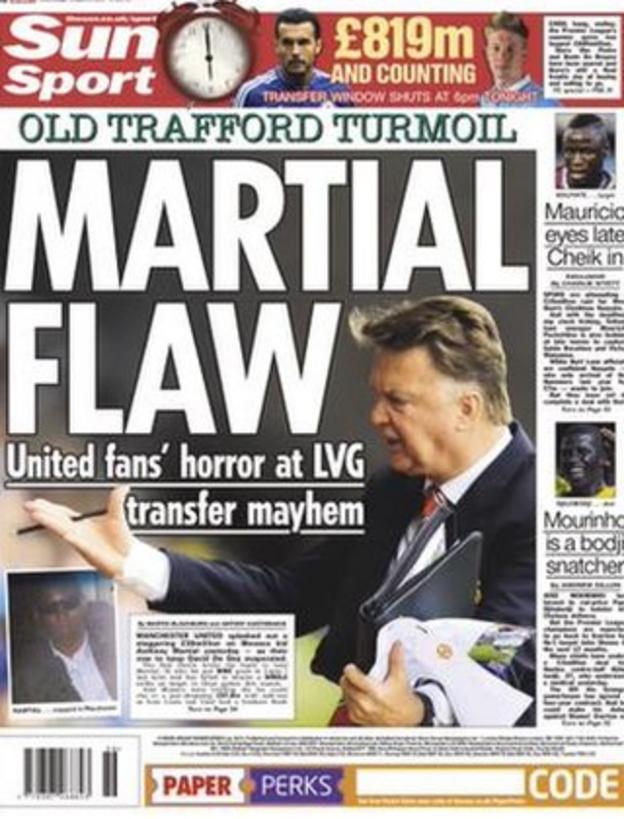 Spurs are attempting a £15m bid for West Ham midfielder Cheikhou Kouyate, 25, and are pondering a move for Southampton's defensive midfielder Victor Wanyama, 24. (The Sun - subscription)

West Ham are set to secure Chelsea winger Victor Moses, 24, on a season-long loan, and have agreed a £7m deal with Nottingham Forest for striker Michail Antonio, 25.(Daily Express)

But Aston Villa are also interested in a deal for Adebayor - while manager Tim Sherwood is set to sign defender Joleon Lescott, 33, from West Brom for £1.5m.(Daily Telegraph)

West Brom are in talks to sign Spain midfielder David Lopez, 25, from Napoli for £5m, but face competition from Leicester.(Daily Mail)

Everton are battling to snap up Swiss teenage striker Breel Embolo from Basel for £14.5m. Embolo, 18, is rated as one of the best young talents in Europe.(The Sun - subscription only)

Defender Gabriel Angella, 26, will have a medical at QPR on Tuesday before completing a loan move from Watford.(Watford Observer)

Arsenal defender Nacho Monreal, 29, has increased speculation regarding a move to Athletic Bilbao by following the La Liga club on Twitter.(Metro)

Victor Valdes has indicated he might have resolved his differences with Manchester United manager Louis van Gaal, by posting the club badge on his Facebook page.

Another goalkeeper, though, confirmed his Old Trafford departure on Twitter. Anders Lindegaard posted: "Very happy to have signed with WBA. Can't wait to get started in my new club!"

Comedian Bob Mortimer - presumably with tongue in cheek - is pushing for his beloved Middlesbrough to sign Antonio Valencia, even tweeting a photo of the run-down terraced house that the Manchester United winger could move into.

"I'm surprised the Premier League haven't left open a Europa League place for the team topping the total spend at the end of the window," tweets former Aberdeen goalkeeper David Preece, now a coach at National League side Lincoln City.

Comedian Andy Fury tweeted: "Fabio Borini says it'll be emotional playing at Sunderland again. Can only assume that emotion is devastation that nobody else bid for him."

Australia players, who are in the middle of a pay dispute, have been urged not to boycott Thursday's World Cup qualifier with Bangladesh. (The Guardian)