Gerrard also says he cried uncontrollably in the back of his car after Liverpool lost out on the chance of winning the Premier League title in 2014. (Daily Mail)

Tottenham striker Emmanuel Adebayor, 31, has exiled himself to train with the under-21 side rather than training with the first team.(Daily Mirror)

Chelsea boss Jose Mourinho says it was not his decision to sign defender Papy Djilobodji, 26, from Nantes on transfer deadline day.(Independent)

Crystal Palace manager Alan Pardew does not want his team to play in the Europa League until the format is changed because of the difficulties of juggling it with the Premier League. (ESPN FC)

Ex-Manchester United defender Gary Neville says that if Manchester United boss Louis van Gaal was getting the same results at Bayern Munich or Barcelona "he would be in significant trouble".(Telegraph)

Bayern Munich chief Karl-Heinz Rummenigge says Bundesliga clubs will struggle to keep hold of their best players because of the wealth of many Premier League teams. (Bloomberg)

Tottenham Hotspur are open to entering a Wembley ground share agreement with Chelsea to avoid the London clubs trying to outbid each other. (Telegraph)

Newcastle manager Steve McClaren believes the resumption of the Premier League this weekend will feel like a "new start" for his side following the international break. (Newcastle Chronicle)

Southampton midfielder Gaston Ramirez, 24, is negotiating to try to cancel his £65,000-a-week contract having been told by manager Ronald Koeman he does not have a future at St Mary's. (Daily Mirror)

Crystal Palace defender Scott Dann, 28, has set his sights on an England call-up in the build up to Euro 2016. (Telegraph)

Leicester City boss Claudio Ranieri would like the chance to live up to his 'Tinkerman' tag - by naming 11 substitutes.(Daily Express)

Middlesbrough boss Aitor Karanka thought it would be "impossible" to convince winger Stewart Downing, 31, and striker David Nugent, 30, to sign for the club.(Teeside Gazette)

Brazilian midfielder Allan, 18, signed by Liverpool in the summer, has scored a wonder goal in the Finnish top flight, where he is playing on loan at Seinajoen Jalkapallokerho. (Liverpool Echo) 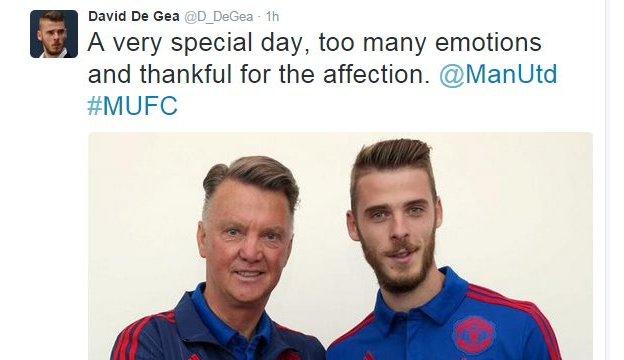 Injured Chelsea goalkeeper Thibaut Courtois, 23, has tweeted from his hospital bed, saying: "I will work hard to recover as soon as I can."

Former Liverpool striker Paul Walsh says he was "a drunkard" for much of his last season at the club before his move to Tottenham in 1988. (Liverpool Echo)

Former Manchester United keeper Peter Schmeichel, 51, says he is proud his son Kasper, 28, of Leicester, has followed in his goalkeeping footsteps, but insists he is not a pushy parent. (Mirror)

Biggleswade United, from the ninth tier of English football, are hoping to pull off an FA Cup shock with the help of some La Liga-based stars.(Sun-subscription required)