Manchester United are ready to make a £90m bid for Real Madrid forward Cristiano Ronaldo, 30, amid claims he could leave the La Liga side next summer. (Daily Mirror)

Defender Phil Jones, 23, is ready to return to the Manchester United squad against Sunderland on Saturday after recovering from a blood clot in his calf. (Daily Telegraph)

AFC Wimbledon striker Adebayo Akinfenwa, 33, says "there would only be one winner" if he came up against Chelsea and Spain striker Diego Costa, 26. (Daily Express)

Liverpool and Belgium striker Christian Benteke, 24, is doubtful for Saturday's game against his former club Aston Villa because he has a hamstring problem. (Liverpool Echo)

Walsall and Saint Kitts and Nevis winger Romaine Sawyers, 23, believes his side can cause a shock when they face Chelsea in the League Cup on Wednesday. (Express & Star)

Tottenham and Belgium defender Jan Vertonghen, 28, has backed team-mate Harry Kane, 22, to end his barren run in front of goal. The English striker has not scored in five league games this season. (Evening Standard)

Manchester City are in no rush to give 18-year-old Nigerian striker Kelechi Iheanacho a new deal, despite reported interest from Tottenham. (Manchester Evening News)

Bournemouth manager Eddie Howe says 23-year-old striker Callum Wilson is ready for the international stage and will recommend him for an England call-up. (Bournemouth Echo)

Bournemouth's French defender Sylvain Distin, who became the Premier League's oldest outfield player of the season at the age of 37, says he has no plans to retire. (The Sun - subscription required)

Everton's Spanish winger Gerard Deulofeu, 21, wants to "feel important" after failing to make a start for the Toffees so far this season. (Liverpool Echo)

Sheffield Wednesday are interested in signing Sunderland striker Danny Graham, 30, on loan and are willing to cover his wages. (Sunderland Echo)

Aston Villa midfielder Idrissa Gana, 25, has travelled to France to see a specialist about a hamstring problem picked up on international duty with Senegal. (Birmingham Mail)

Crystal Palace manager Alan Pardew says he won't be bothered by any ill-feeling towards him from Charlton fans when the sides meet in the League Cup on Wednesday. Pardew was in-charge of the Addicks when they were relegated from the Premier League in 2007. (Croydon Advertiser)

David Moyes is fighting to remain as coach of Real Sociedad and will draw on the lessons learned during his failed spell at Manchester United to ensure that his tenure in Spain does not last less than a year. (The Times - subscription required)

Real Madrid goalkeeper Keylor Navas, 28, says he cried after a proposed move to Manchester United collapsed because he wanted to remain the Spanish capital. (Cope - in Spanish)

Tottenham's players enjoyed a recovery session in the swimming pool after their victory over Crystal Palace at the weekend. Four of their players recorded an impressive score of 117 in head tennis, winger Nacer Chadli said on Twitter. 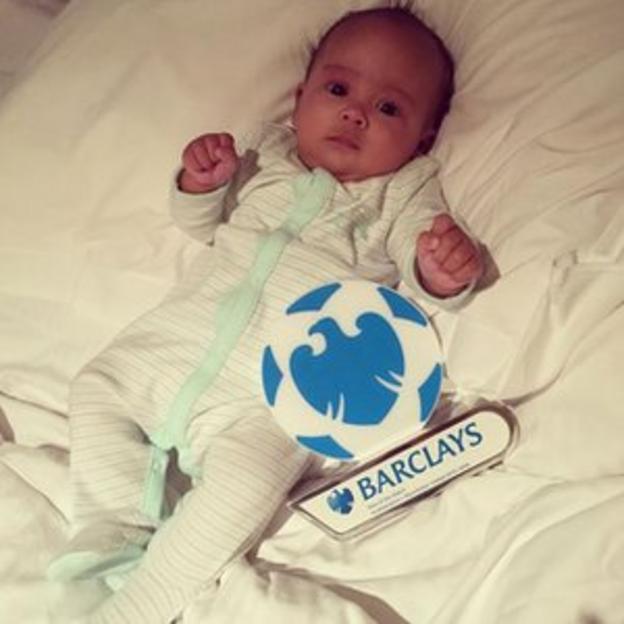 Anthony Martial's wife Samantha posted a picture on Instagram of their son with the man of the match trophy given to the Frenchman after Manchester United's win over Southampton.

Arsenal midfielder Jack Wilshere has paid tribute to his girlfriend Andriani Michael for helping him through his injury troubles. He posted a picture of the two of them on his Instagram account with the message: "When nothing seems to be going your way, it's important to have people around you that love you.....but more importantly, the one you love."

Luis Suarez Martin, Cafu and Christophe Berra Martin are just some of the suggestions for a poll on what Norwich full-back Russell Martin should name his newborn son. (Norwich Evening News)

The dentist father of Everton's Uruguayan striker Leandro Rodriguez stopped his son from turning professional until he got a good education. (Guardian)

Fans of Cristiano Ronaldo are being invited to buy raffle tickets to spend a day with the Real Madrid forward including watching him get a haircut. (Daily Mail)