Chelsea will try to sign France international Alexandre Lacazette, 24, from Lyon in January, although Arsenal and Liverpool are also interested in the forward. (Daily Express)

Blues skipper John Terry, 34, is refusing to give up on his Chelsea career and believes he can earn a new contract at Stamford Bridge. (Daily Mail)

Championship side QPR are looking to sign Lazio midfielder Ravel Morrison, 22, when the transfer window opens in January. (Evening Standard)

Sunderland manager Dick Advocaat has told Uruguay defender Sebastian Coates, 24, that he "needs to be sharper" but the player is "a little bit shy". (Sunderland Echo)

Newcastle United boss Steve McClaren is already looking at strengthening his squad in January, despite spending £50m in the summer. (Sun, subscription required)

Barcelona have asked the Spanish federation and Fifa to allow them to play Turkey midfielder Arda Turan as soon as possible because of Rafinha's long-term knee injury. Turan cannot play until January due to Barcelona's transfer embargo. (Guardian)

Former Manchester United midfielder Angel di Maria, 27, says he has had "a smile on my face" every day since joining Paris St-Germain. (Independent)

Norwich manager Alex Neil is trying to "change the mentality" of his players so they can go to big clubs "believing they can win". (Norwich Evening News)

Leicester goalkeeper Kasper Schmeichel, 28, has praised former boss Nigel Pearson for bringing in "the spirit and the mentality" that the squad currently possess. (Leicester Mercury)

Equally disbelieving was Arsenal goalkeeper Petr Cech, who tweeted his praise for Bayern Munich striker Robert Lewandowski after his five goals in nine minutes against Wolfsburg. 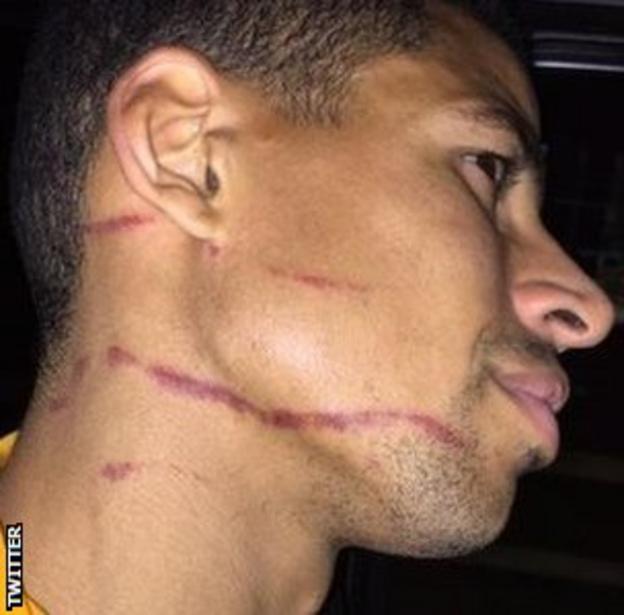 Hull defender Curtis Davis emerged a little worse for wear after his side's victory over Swansea in the League Cup at the KC Stadium. "And they say Diego Costa is "physical" #Scarface #Claws," tweeted Davis, who was only drafted into the Hull starting XI after Alex Bruce picked up an injury in the warm-up.

Aston Villa defender Micah Richards clearly enjoyed the atmosphere of a Midlands derby after his side ran out 1-0 winners over Birmingham City in the League Cup. "What an atmosphere! Buzzing to get the result and experience a win in my first derby! Fans were amazing and we push on now!" he wrote on Twitter.

The live television episode of Coronation Street could be disrupted by the roar of supporters at Old Trafford when Manchester United play Ipswich Town. The studios and stadium are just 0.7 miles apart. (Daily Mirror)

A Liverpool-supporting Twitter account has urged fans to dress up as manager Jurgen Klopp in their side's Premier League game against Aston Villa on Saturday. (Daily Star)