Incoming Liverpool manager Jurgen Klopp, 48, will give the club's players a chance to prove themselves - rather than planning significant changes straight away. (Daily Express)

Klopp's first big task at Liverpool will be to keep Philippe Coutinho after Manchester City targeted the 23-year-old Brazil playmaker as a long-term replacement for David Silva, who turns 30 in January. (Daily Mirror)

Former Aston Villa manager Paul Lambert is sure that Klopp will be a success at Liverpool - having first encountered him during a Uefa coaching course in Germany in 2004. (Sky Sports)

LA Galaxy are bracing themselves for Klopp to try to tempt midfielder Steven Gerrard, 35, back to Liverpool as part of his backroom staff in the future. (Daily Mirror)

Klopp plans to hold a number of personal meetings with the agents of Liverpool players to ensure a smooth relationship with his squad.(Daily Mail)

Bayern Munich manager Pep Guardiola has reached a verbal agreement with Manchester City director of football Txiki Begiristain to take over at the Etihad Stadium next season.(Mundo Deportivo - in Spanish)

Former Liverpool manager Brendan Rodgers will be among the candidates should the FA look to replace Roy Hodgson as England boss after Euro 2016. (Times - subscription required)

Sunderland will let Sam Allardyce name his terms in a final bid to make him their new manager. (Sun - subscription required)

David Beckham has been unable to reconcile the rift between ex-Manchester United boss Sir Alex Ferguson and former skipper Roy Keane to enable the latter to appear in a charity match at Old Trafford in November. (Daily Mail)

Aston Villa are planning to make a January bid for Mainz goalkeeper Loris Karius, 22, as doubts remain over the form of 31-year-old American Brad Guzan.(Telegraph)

Tottenham forward Harry Kane has responded to a six-year-old fan who wrote a letter asking if he would come round for a kickabout on Friday - the day England play Estonia. Kane replied: "I'll ask Roy Hodgson but I think I'll have to be at Wembley!"

Walsall goalkeeper Neil Etheridge took a selfie while on international duty in North Korea with the Philippines and posted it on his Instagram account. 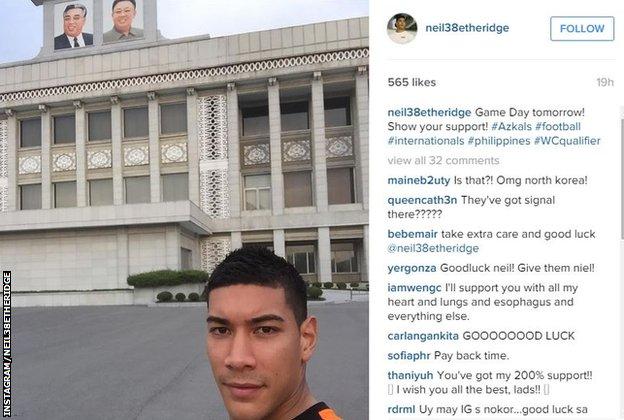 Manchester United centre-back Regan Poole, 17, has been unable to play a competitive game more than a month after his transfer from Newport County - because he still has not had international clearance to move from Wales to England. (South Wales Argus)

Chelsea manager Jose Mourinho is to bring out a new book - six days after saying he was going through the most difficult period of his career. (Sun - subscription required)

West Ham chairman David Gold hopes moving to the Olympic Stadium will boost the club's female fan base because it is based close to a shopping centre.(Daily Mail)