Chelsea are ready to back manager Jose Mourinho with a fresh move for Everton centre-back John Stones and Paris St-Germain defender Marquinhos, both 21, in January. (Daily Mirror)

Arsenal goalkeeper David Ospina, 27, is set to be dropped for a number of key fixtures, including in the Champions League and could push for a loan move in January. (Sun - subscription required)

New Liverpool manager Jurgen Klopp has told his players they must do things "one way, and that is my way" after being unveiled at Anfield. (Daily Star)

Everton defender Ramiro Funes Mori, 24, is confident he will be fit to face Manchester United - despite facing a 6,000-mile journey just days before the game, after being on international duty with Argentina.(Liverpool Echo)

The Football Association of Ireland is set to open contract negotiations with manager Martin O'Neill after they moved to the verge of qualification for next summer's European Championship finals.(Times - subscription required)

The Republic of Ireland appear to have a new fan in Justin Bieber. The pop superstar tweeted a message of congratulations to the team and his "brother Keano" after their Euro 2016 qualifying win over world champions Germany. Bieber then posted a video of Robbie Keane and the squad listening to him on their team bus after their victory. 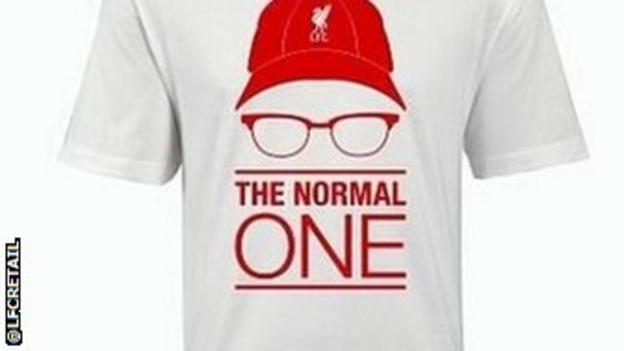 Liverpool's retail department wasted no time in putting new manager Jurgen Klopp's quote about being the "normal one" on a T-shirt.

Former Manchester United keeper Peter Schmeichel ‏responded on Twitter to a quote from new Liverpool boss Jurgen Klopp saying he will win a title within four years: "First mistake..?? Others have made the same promise! #It'sNotThatEasyMrKlopp"

Ever wondered what Real Madrid's Cristiano Ronaldo eats for lunch? Well he has handily posted a picture of it on Instagram.

One Direction's Niall Horan joked on Twitter that he will call his first child Shane Long, after the striker scored the winner against Germany for the Republic of Ireland.

Barcelona forward Lionel Messi seems to be in high spirits during his recovery from a knee injury after he put up a picture on his Instagram account. The post came shortly after Argentina's defeat by Ecuador in a World Cup qualifier which forced Messi to later post: "I want to clarify that my last message has nothing to do with the Argentinian national team. Obviously I am 100% behind them and all the team." 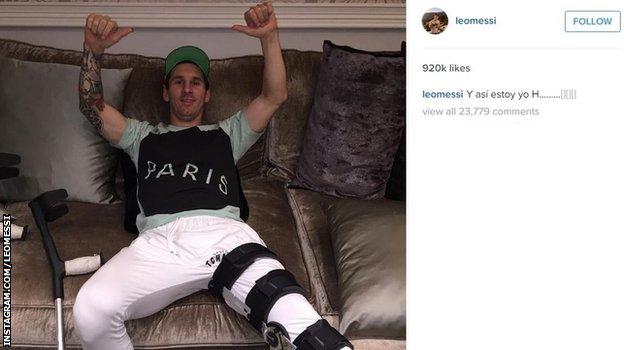 Englishman Keith Armstrong was sacked as manager of Finnish side FC Ilves after the 57-year-old spent a Sunday afternoon analysing a day of Premier League fixtures on television rather than taking charge of a league game. (ESPN)